This report gives stats and other information about the 2010 Festival and the Festival programme provides details of the rides.

The following gives a flavour of the event.

This took place as planned on Saturday morning. The sun shone and there was a good turn out. The formalities took place on time with a few words first from our Chairman Nick Guy who introduced Swansea's Director of Environment who in turn introduced WAG's Environment Minister Jane Davidson. Jane formally opened the Festival by cutting a red tape and also launched the Swansea Cycling Map.
Promptly at 11.00 the first two rides set off. There were around 20 on Ride 1, the short ride to Mumbles, and 27 on Ride 2, the "Gower Taster", including two uni-cyclists. These rides went well and set the scene for the rides to come. 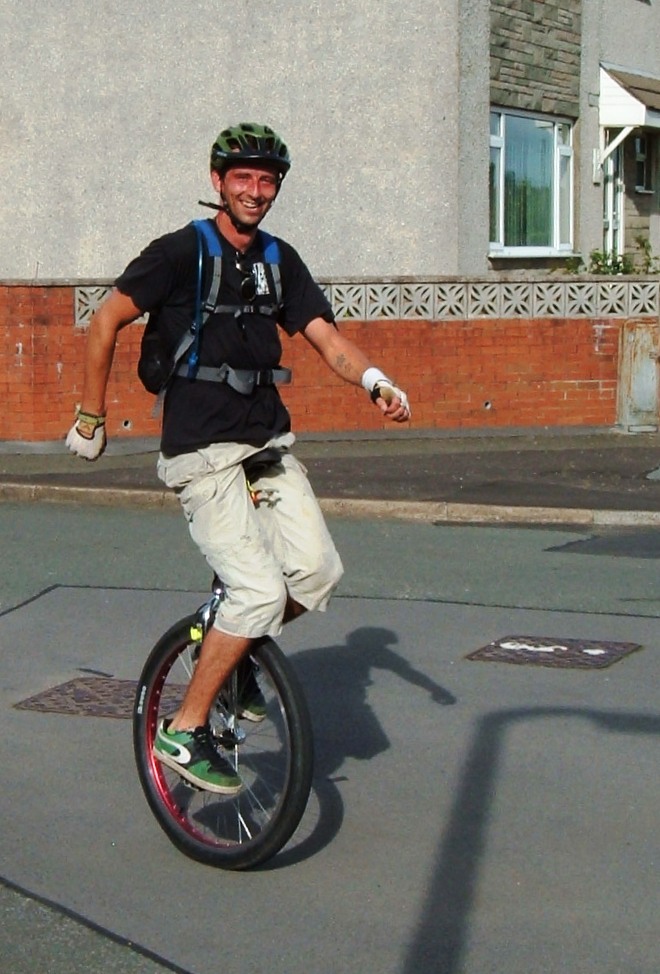 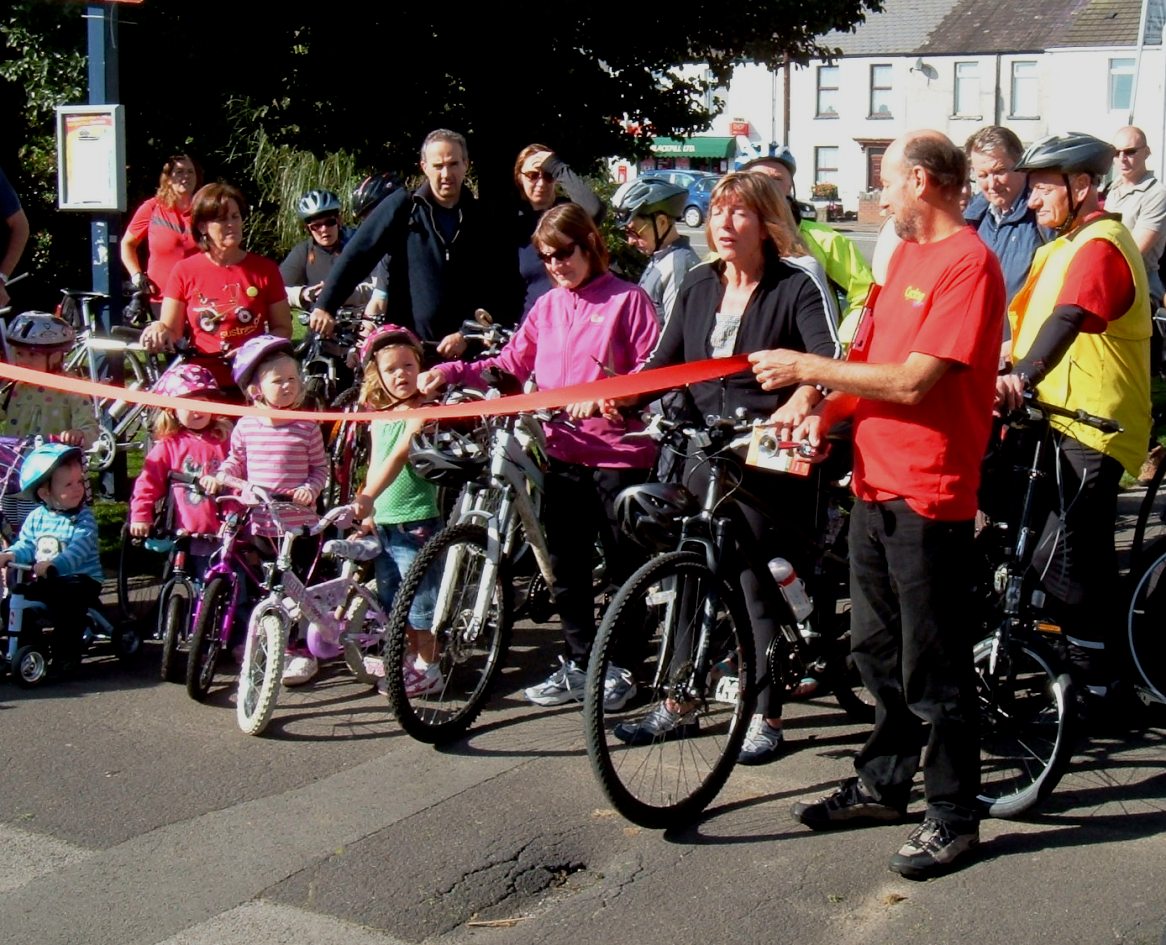 One of the uni-cyclists on Ride 2. Jane Davidson about to cut the tape.

Two splendid articles about the Festival have appeared in the Evening Post: the first on 16 Sept. and the second on 20 Sept.. 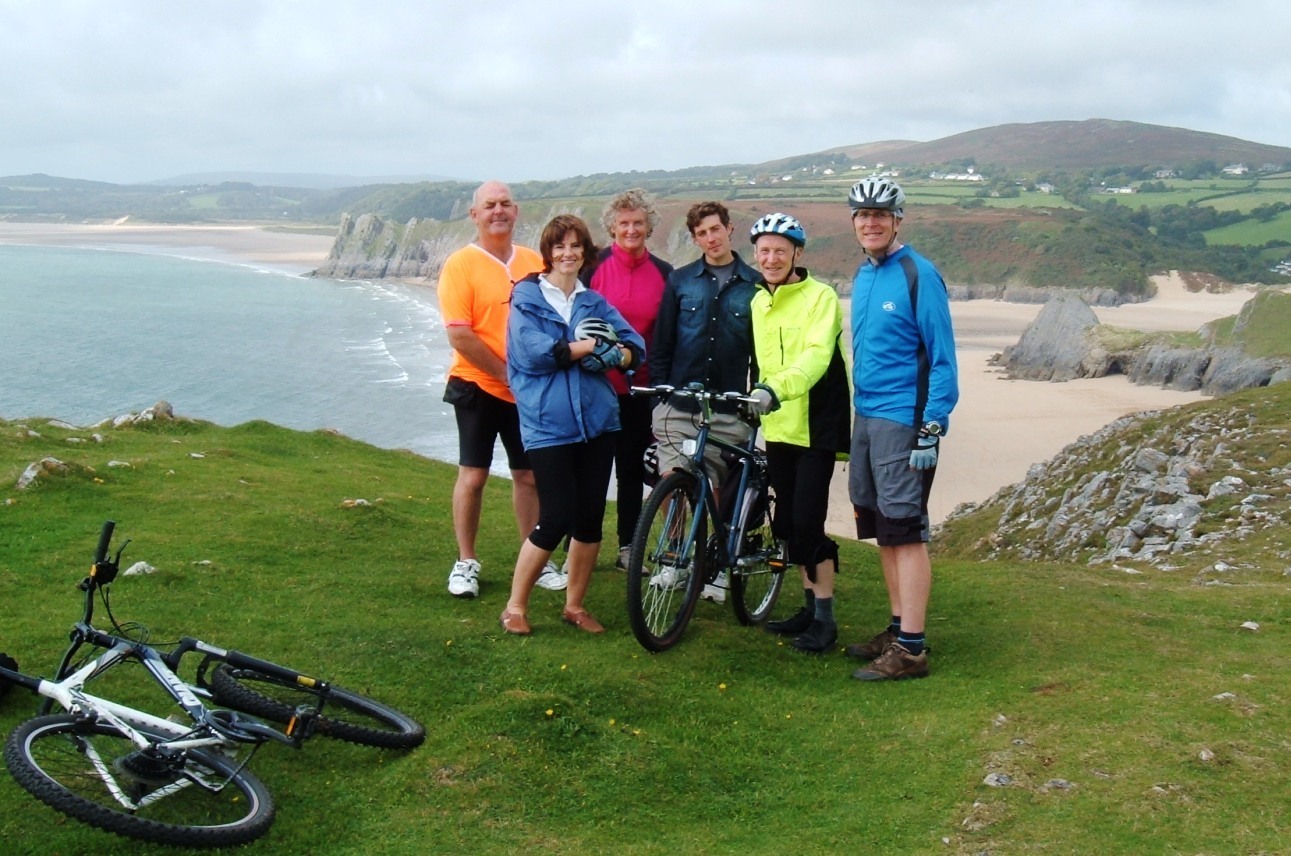 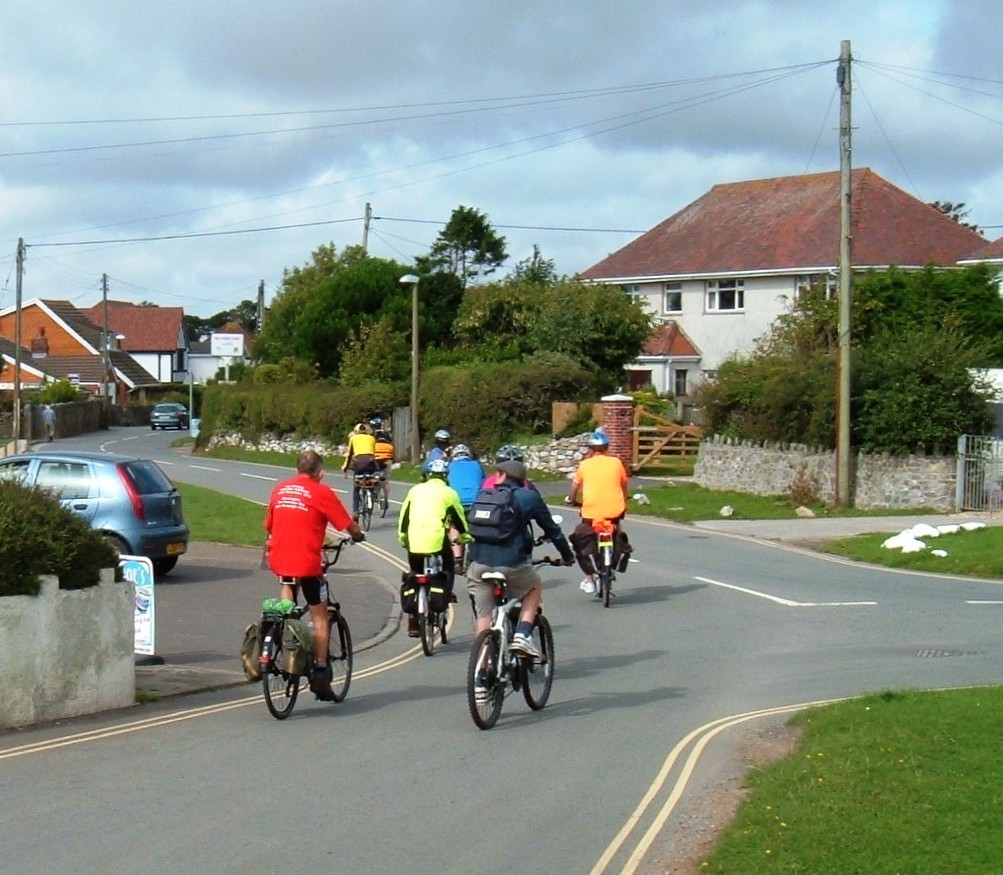 Overlooking Three Cliffs Bay on Ride 6. Ride 6 sets off after lunch in Southgate. 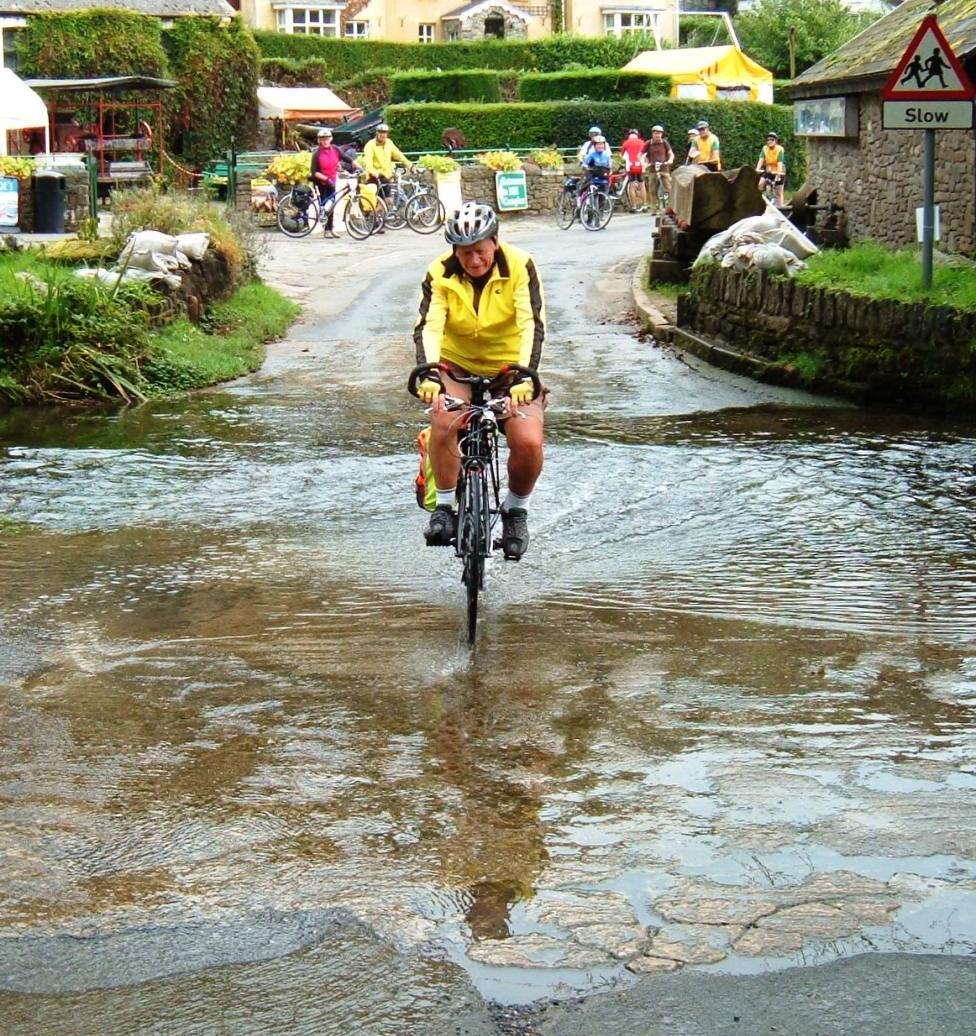 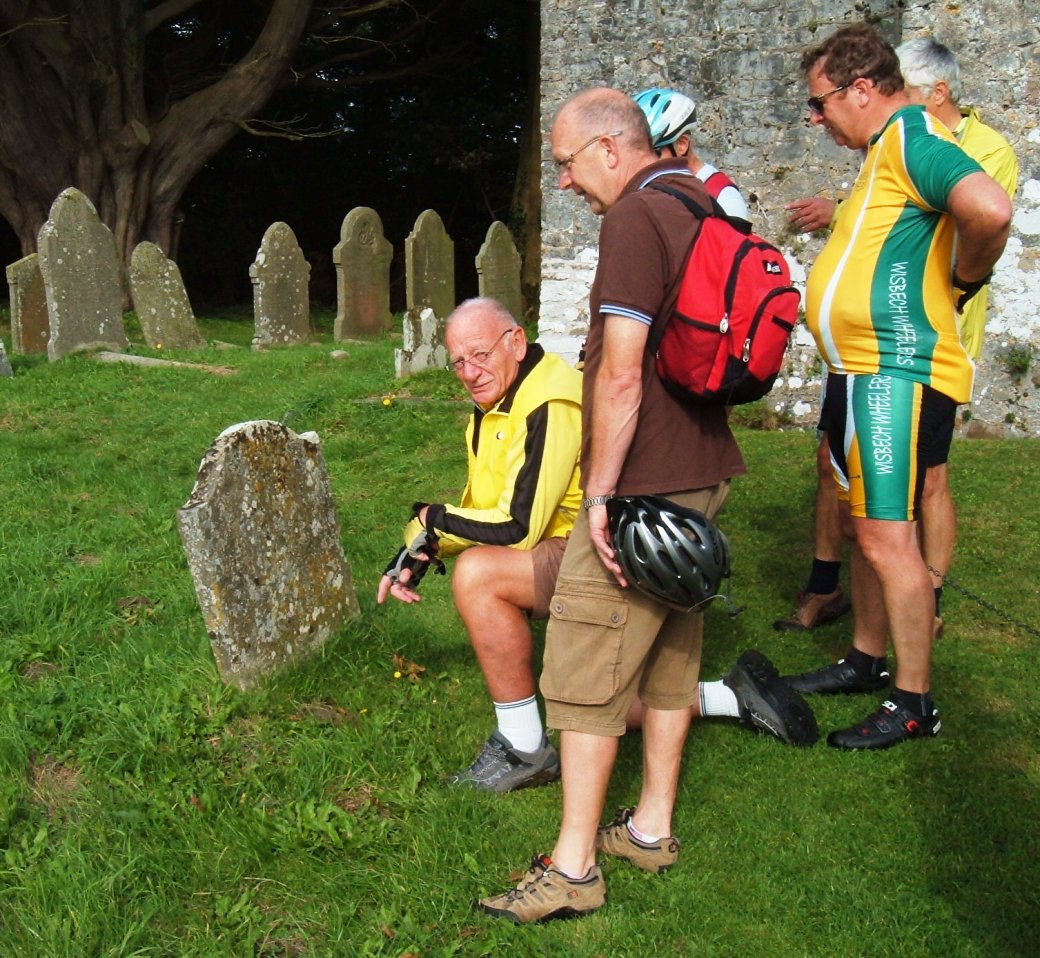 The intrepid leader of Ride 12 sets off from the Heritage Centre.
And a little later finds the gravestone
of murdered Mary in Penrice. 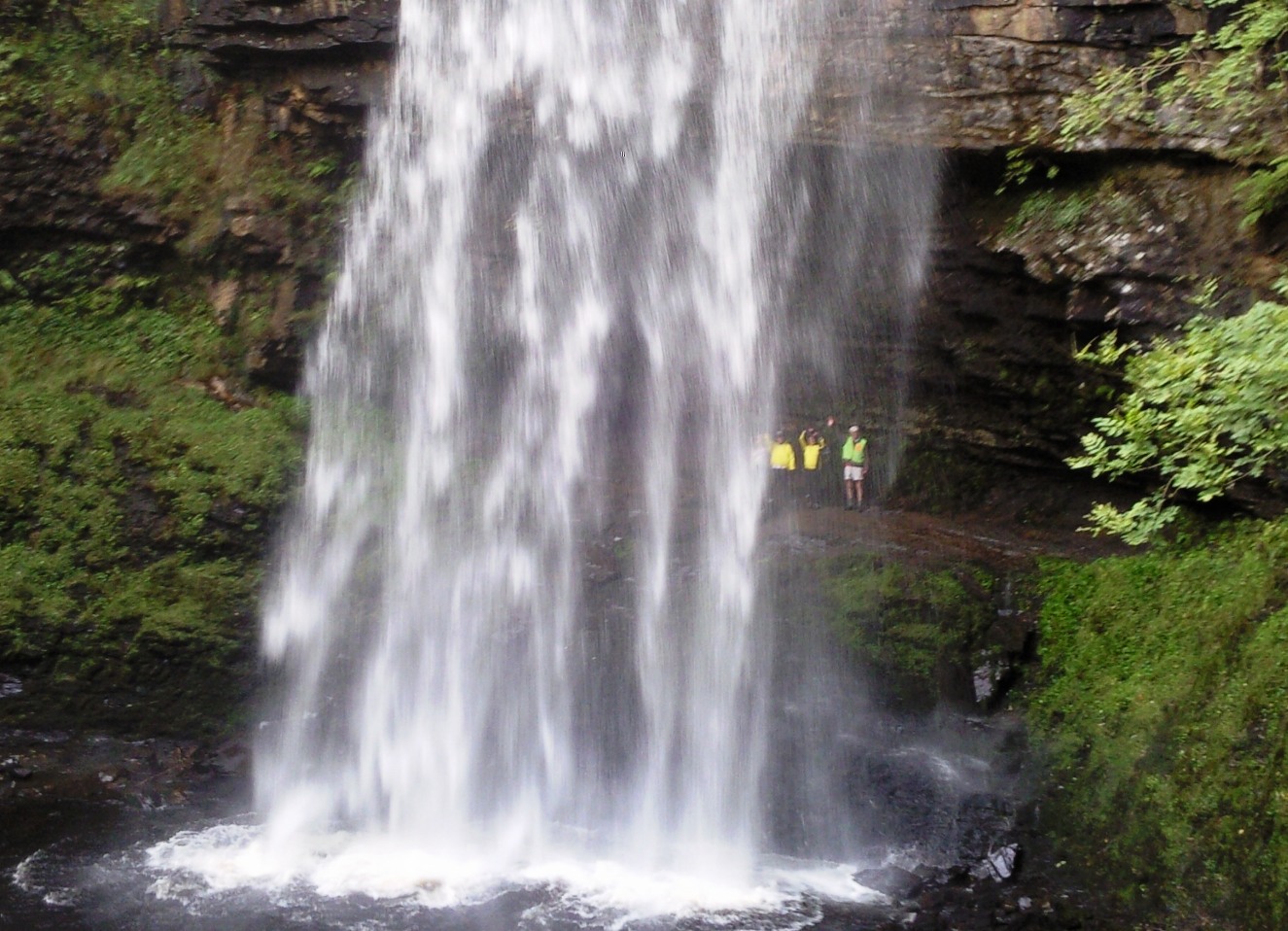 Henrhyd Falls was visited on Ride 14.
(This photo was taken the week before.) 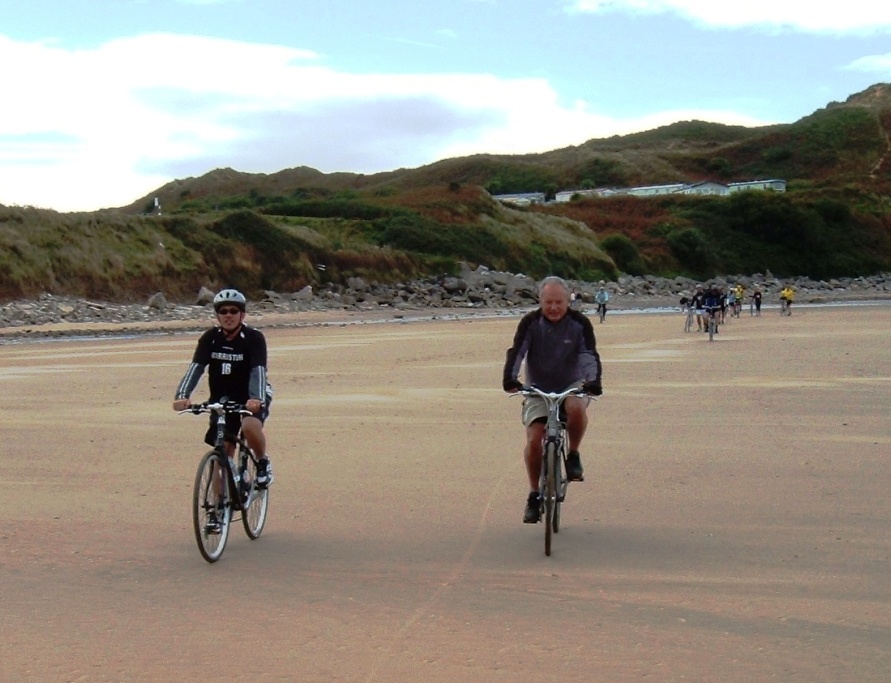 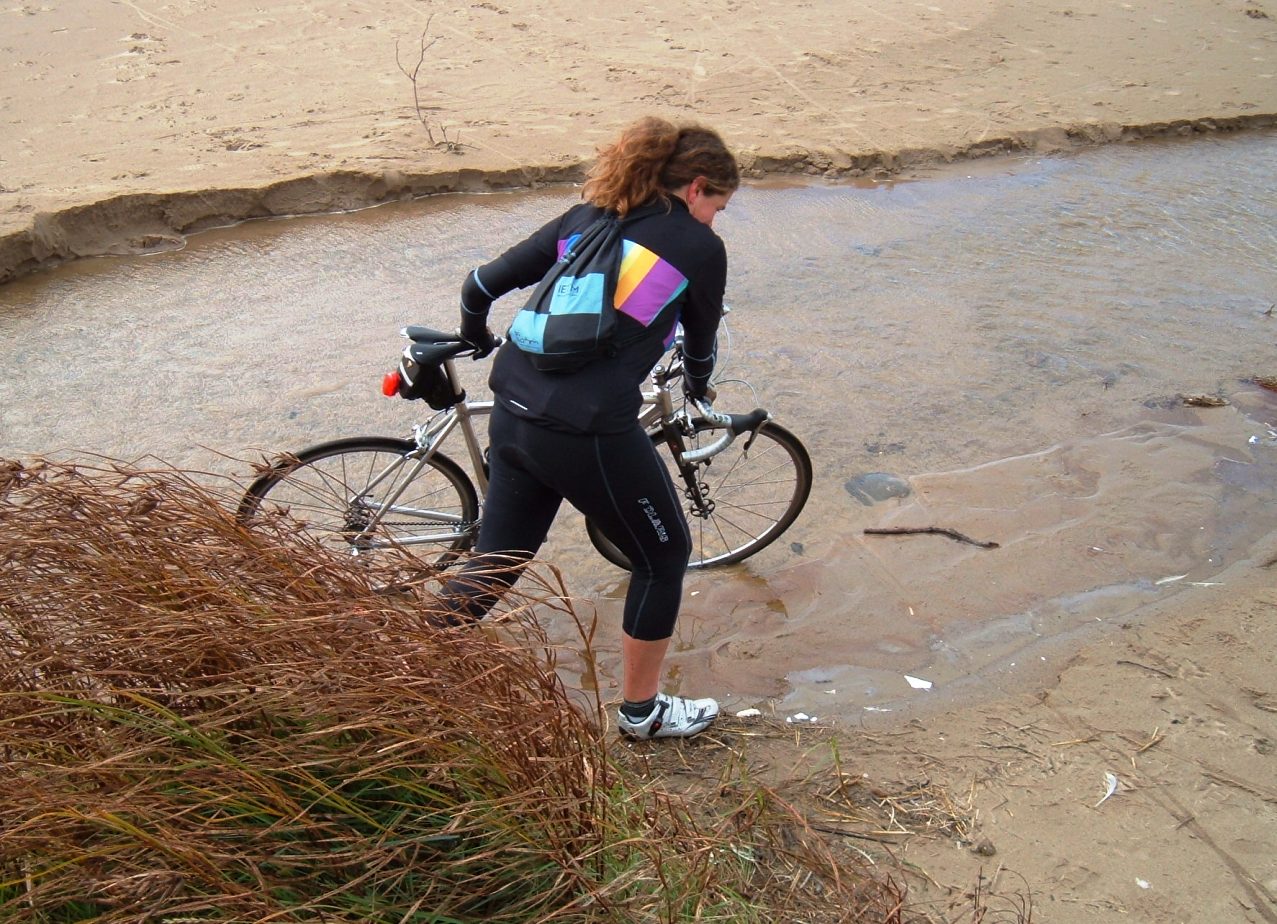 Some could ride across the sand on Ride 16. But a road bike is not ideal!

In addition to food and drink there was music and songs from Andy of the Boys from the Hill and Scotty, a local singer/song writer. Later there was a "crazy auction" with prizes which included a T shirt signed by Colin Charvis (erstwhile Welsh Rugby captain and strong supporter of the Festival). 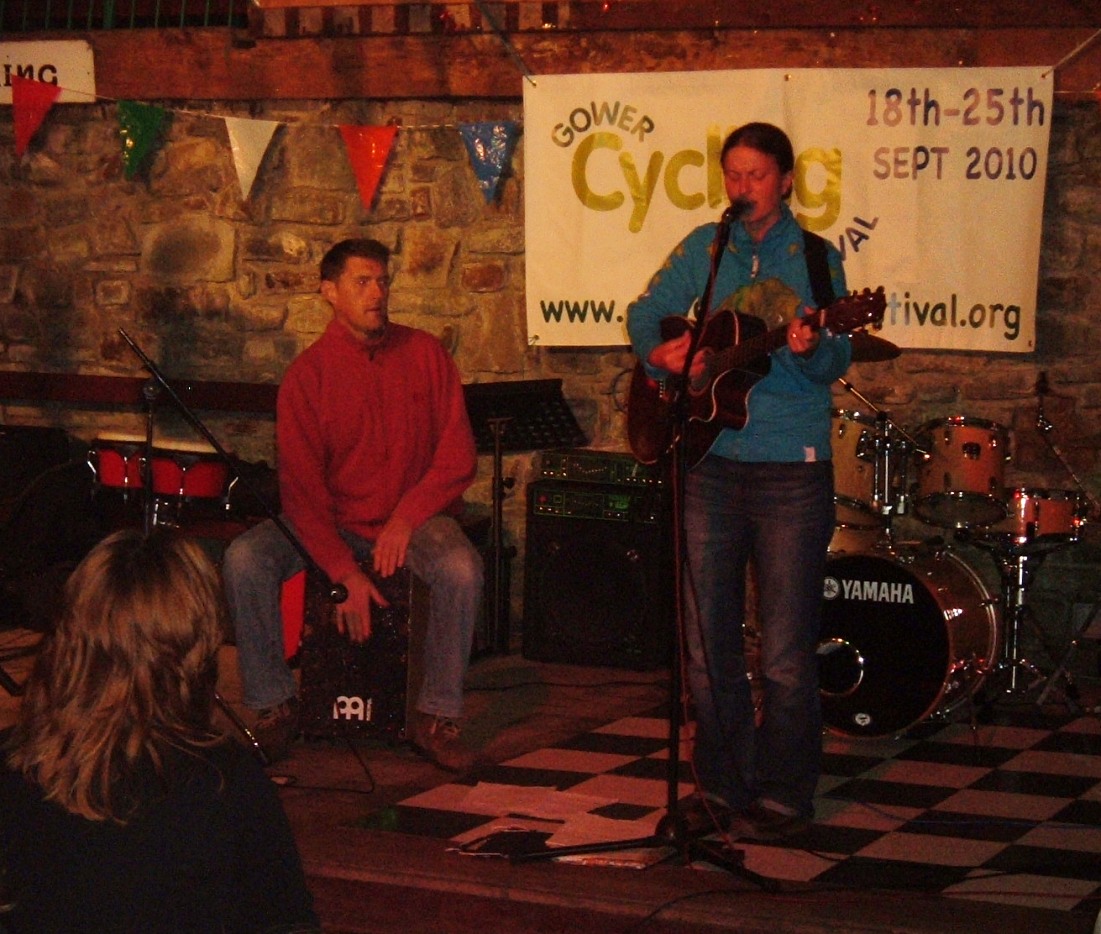 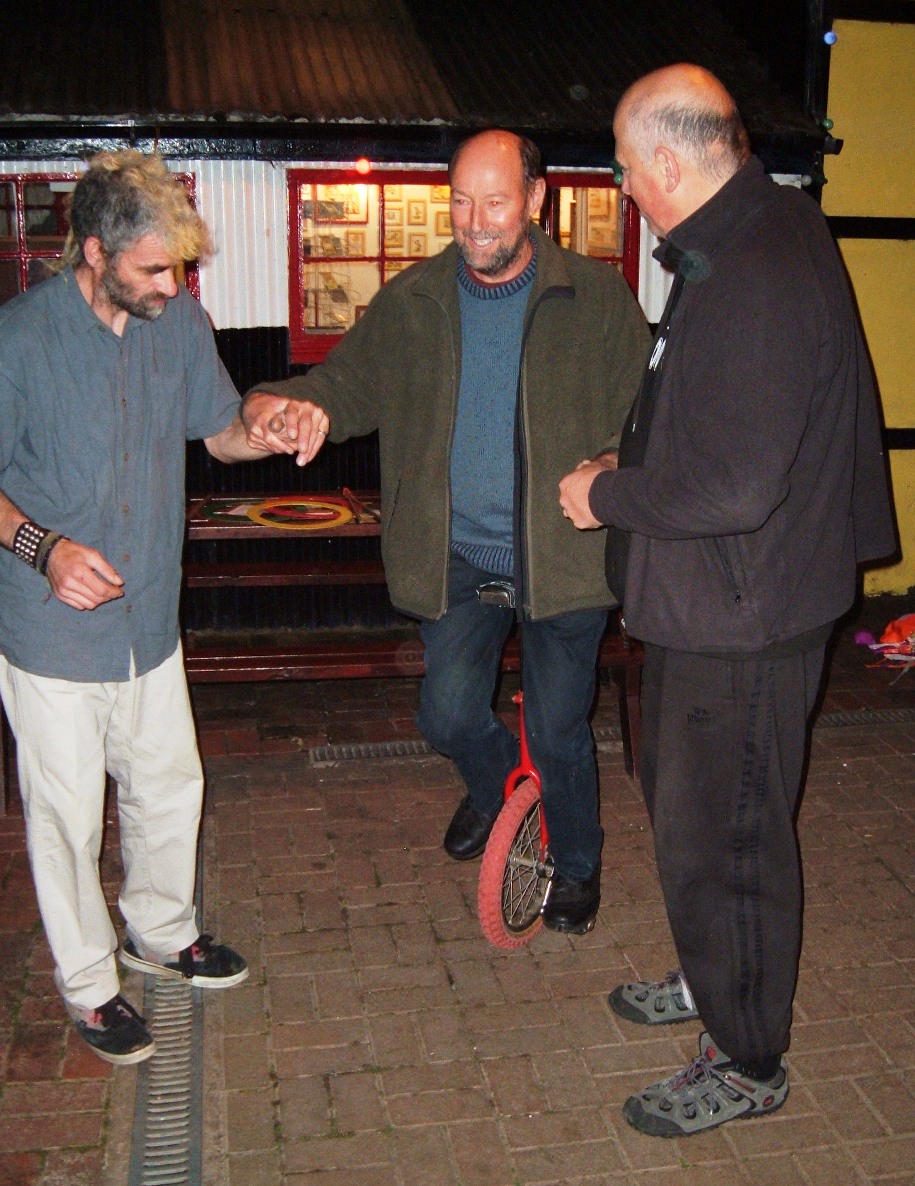 Scotty plays and sings at the party. Not so easy!