Some pictures
There were 25 rides, most were well attended. These pictures illustrate a few of them. The ride numbers relate to the rides programme. This report provides facts, figures and feedback, and makes recommendations for the next Festival.

It was a fine day. The launch took place at Blackpill. David Judd (Wheelrights President) introduced councillor Nick Davies, John Grimshaw (Founder of Sustrans and the National Cycle Network) and Byron Davies AM (Shadow Minister of Transport) who all said a few words before launching the Festival. 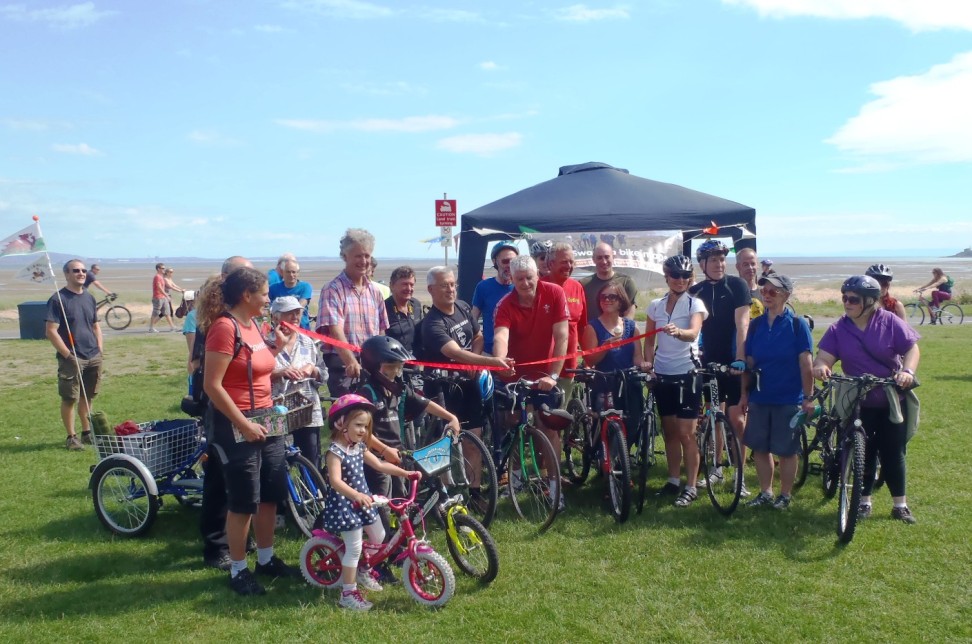 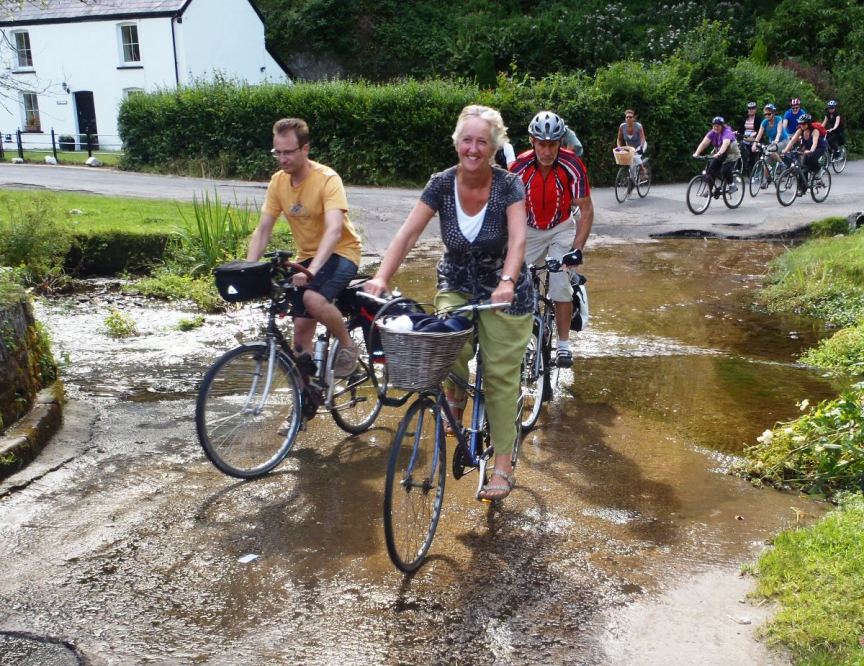 The picture on the left shows Byron Davies (red T shirt) and Nick Davies cutting the tape. John Grimshaw is the tall
one. That on the right shows Ride 2 participants cycling through the Park Mill ford (contrary to the leader's advice).

Ride 2 participants take a rest at the Parc-le-Breos burial chamber.

This was a superb day with the sun showing the Gower at its best. The next three photos were taken on Ride 6: the Grand Gower Circuit; the fourth on Ride 4 to Arthur's Stone. (They enjoyed the free-wheel after visiting the stone.) 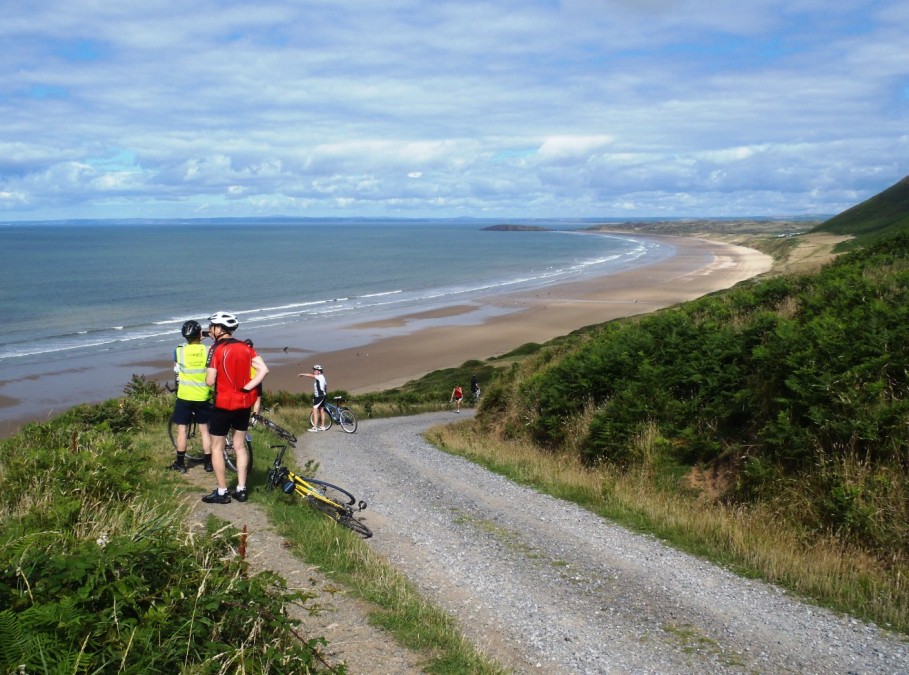 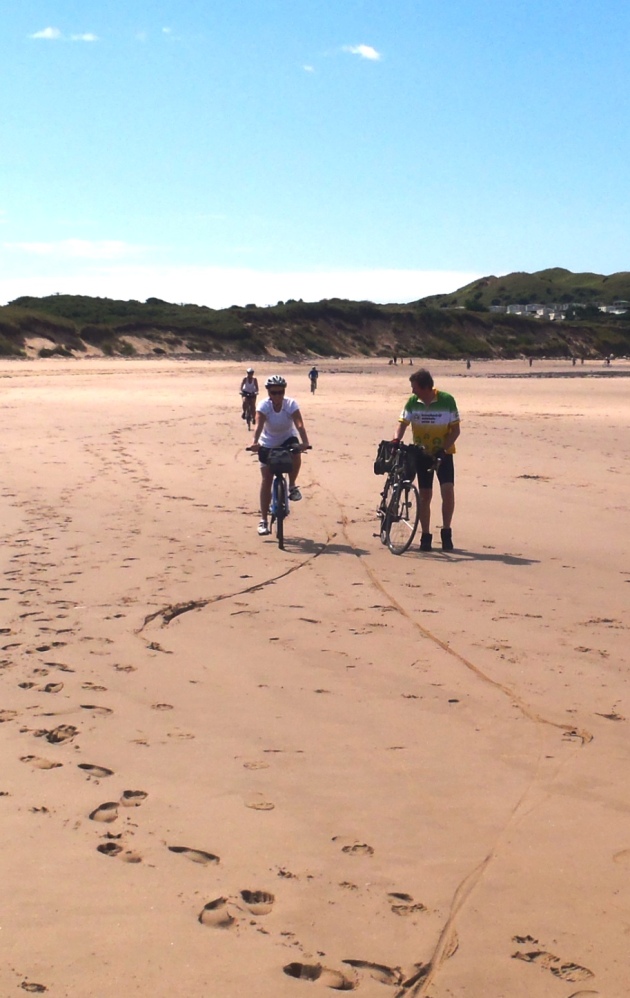 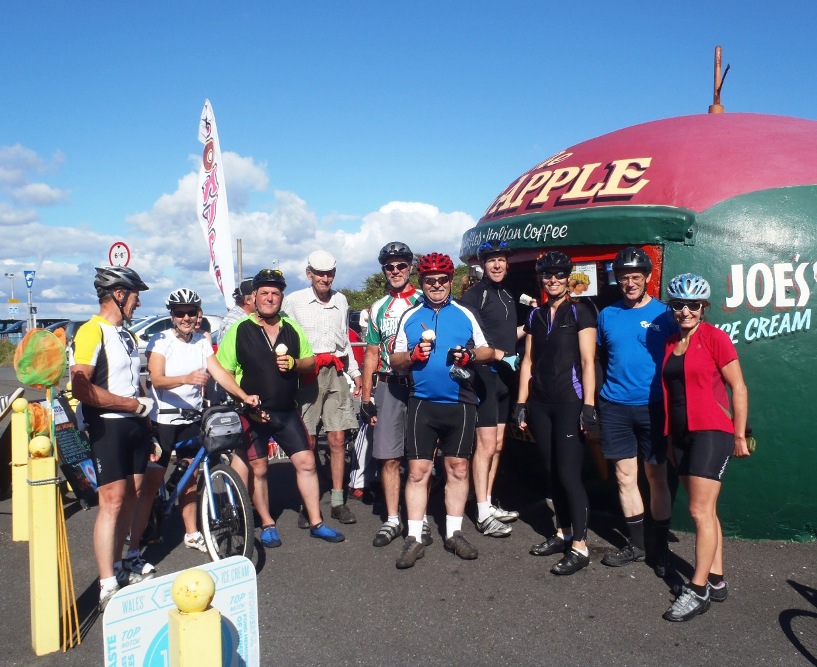 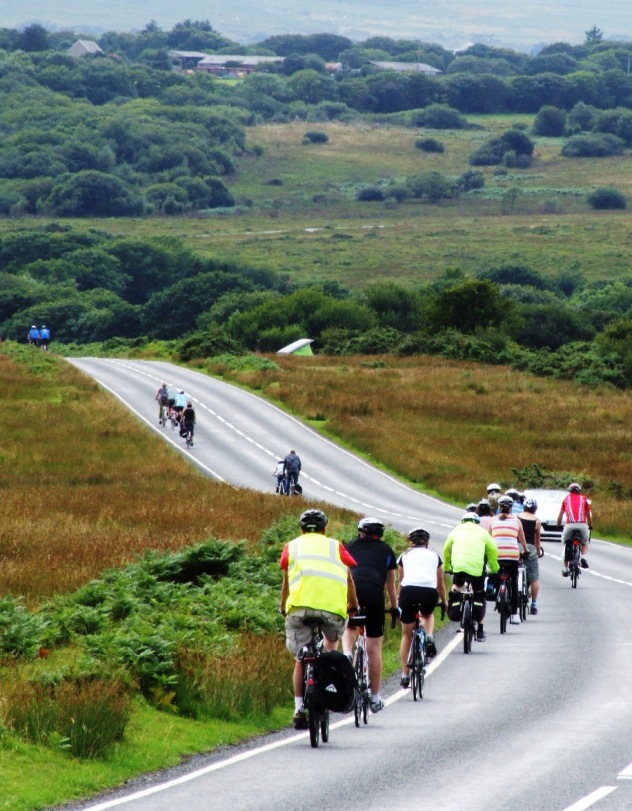 Another fine day. The picture shows the Afon Tawe bridge on NCR 43 just south of Clydach. This one time railway bridge was renovated as part of the Clydach Sustrans Connect2 work. It was opened in 2012. The colours reflect the different ores mined in this area. 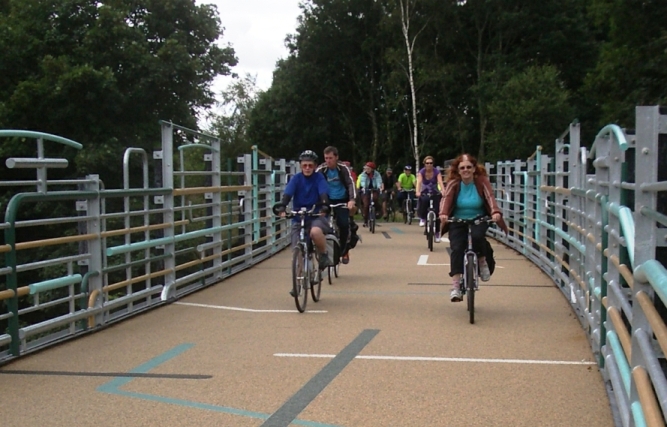 Ride 7 cross the bridge on their way to Pontardawe.

It rained on the Wednesday and the Henrhyd Falls riders got rather wet (and not just from the waterfall!). It also did the next day on the Penclacwydd ride, but not all the time. 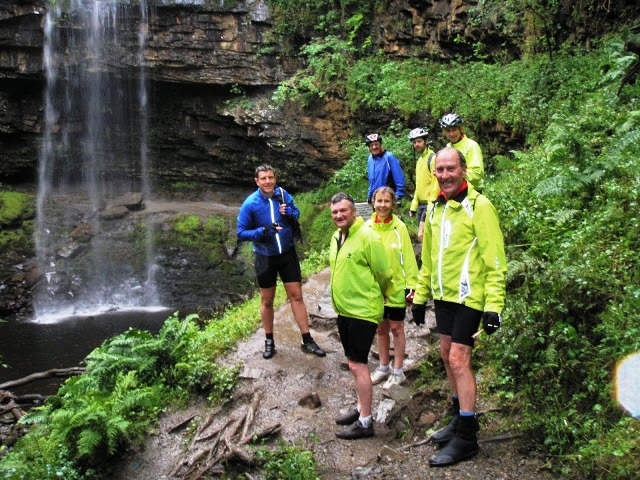 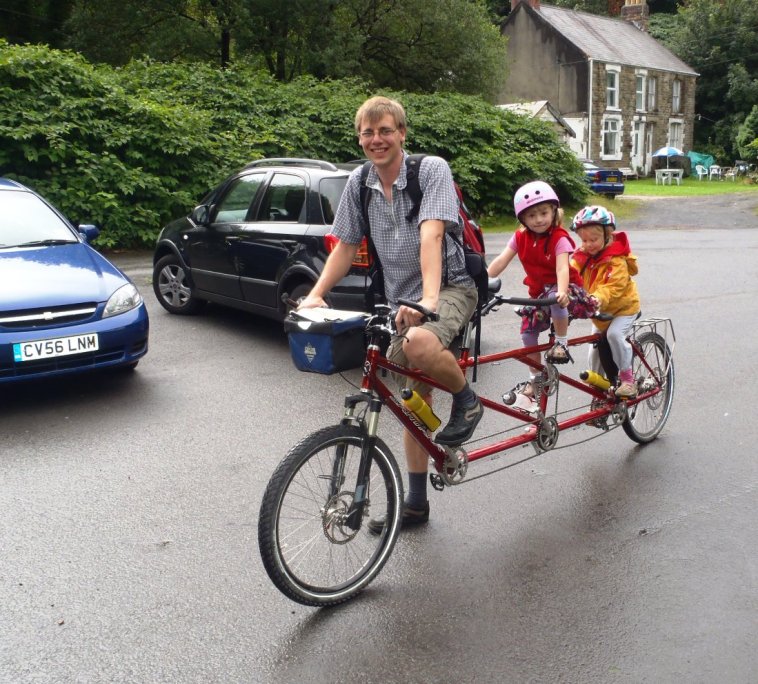 Ride 13 by the Falls. Alf plus family en route for Penclacwydd.

Friday was fine for the Swiss Valley ride, as was Saturday morning for the Three Cliffs ride/walk, but the afternoon was very wet. 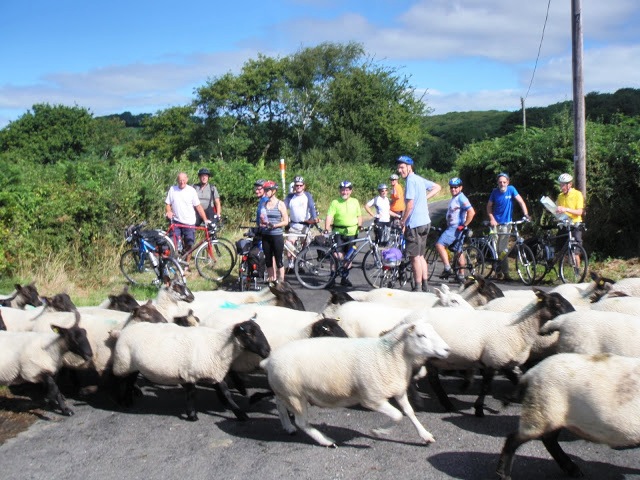 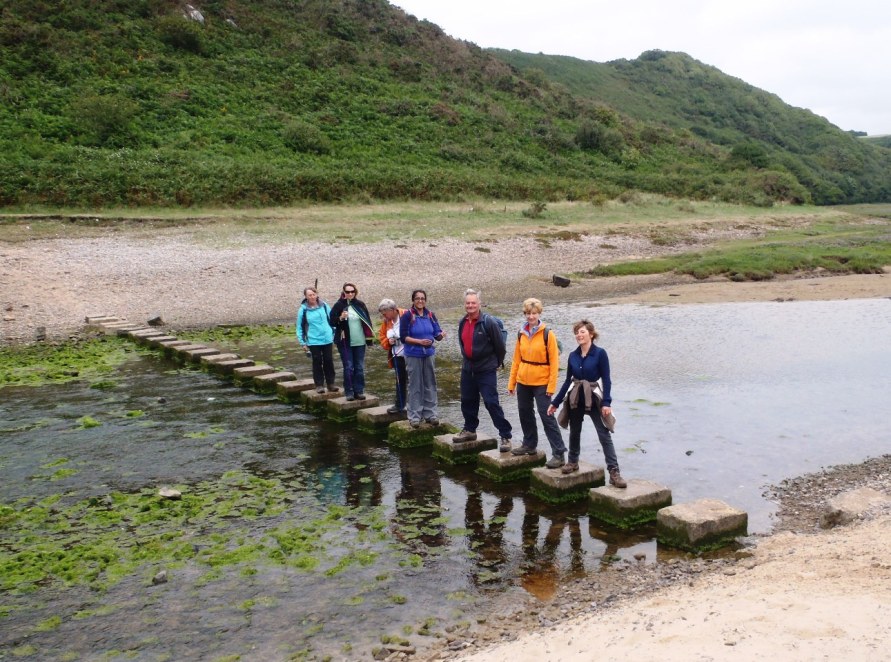 A fine day for the CTC/GCF ride to Castell Carreg Cennen. The picture shows them ascending a particularly gruelling hill in the "South Wales Alps".