Some pictures
These pictures illustrate a few of the 21 rides. The ride numbers relate to the rides programme.This report provides statistics and details of the 2016 Festval.

It was a fine day. The launch took place at Blackpill. Byron Davies MP and TV presenter Andrew Price having had to cancel, the Festival was launched by Councillor and Cabinet member Mark Child. Brunel (aka David Judd, Wheelrights President) said a few words and introduced him. 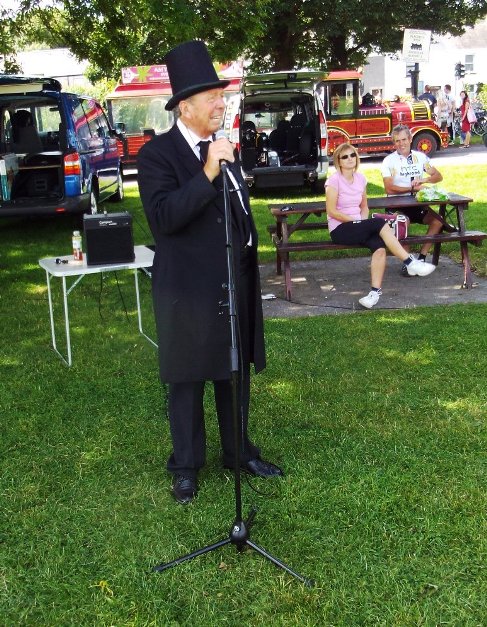 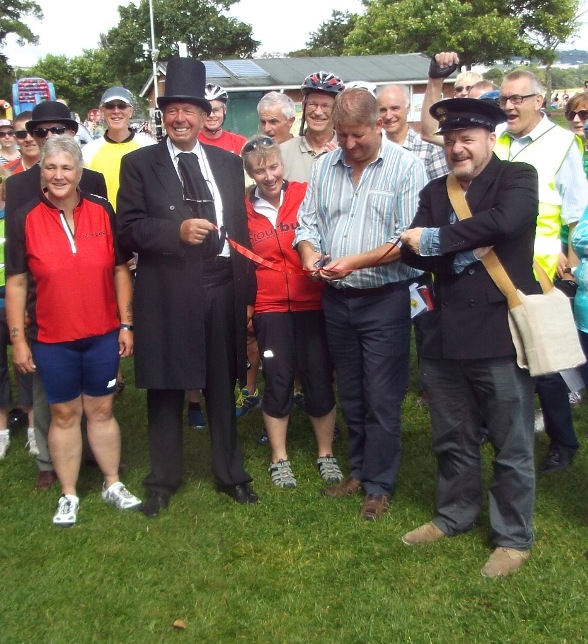 A welcome from Brunel. Cllr Mark Child cuts the tape. 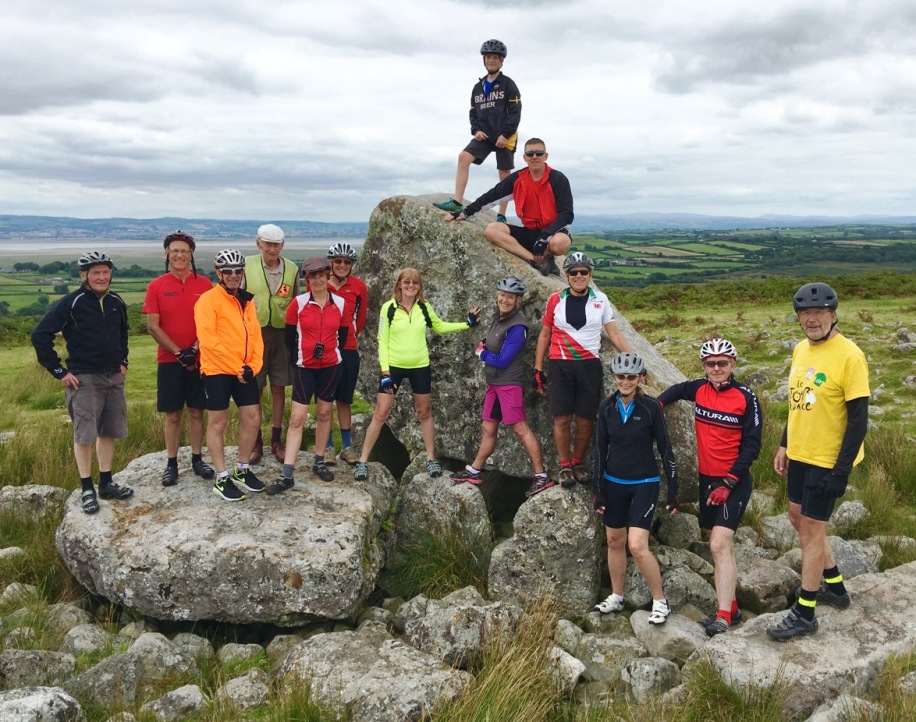 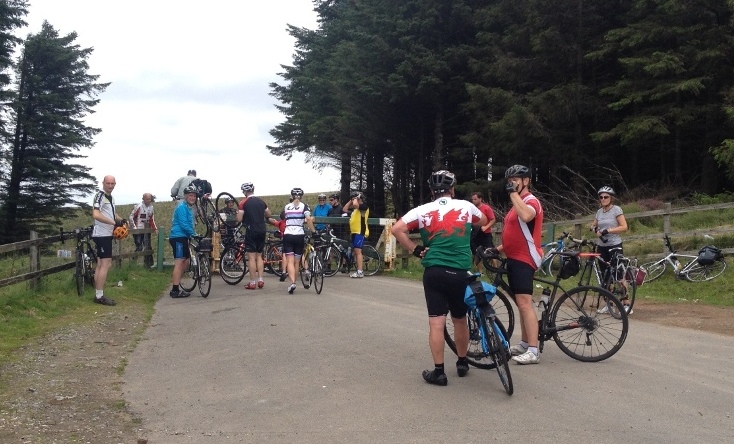 The highlight of the 'King Arthur Stone' ride. (No.5) The Top of Glamorgan riders (Ride 6.) near the Bwlch.

A warm sunny day. The pictures below were taken on the Campus to Campus ride (No. 8). 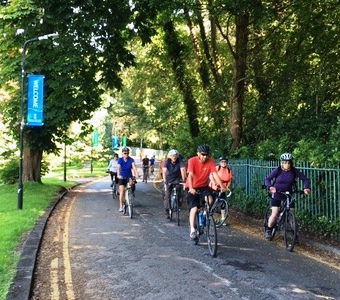 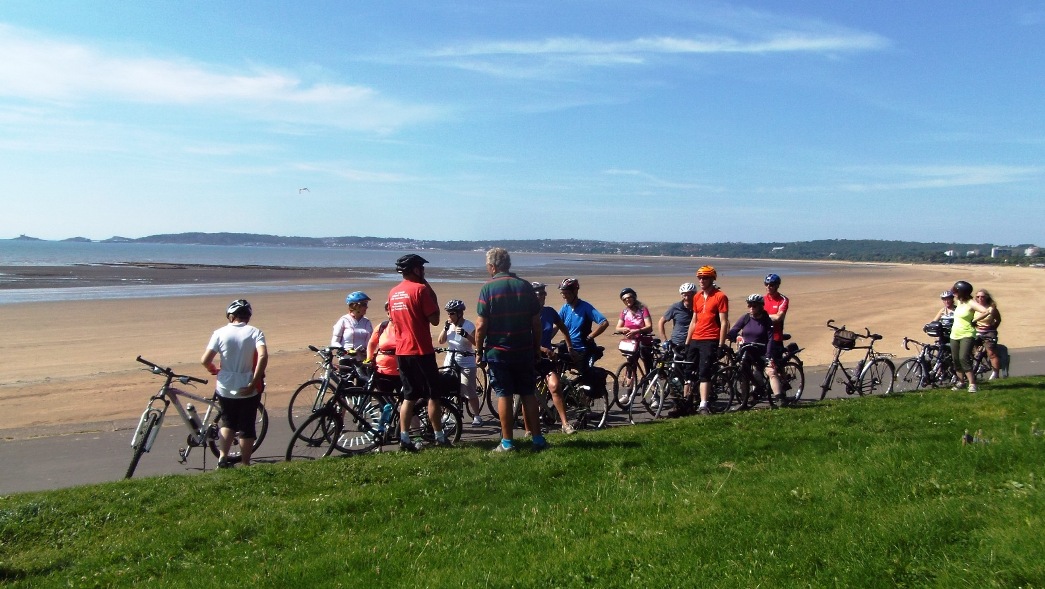 A lovely sunny day. Following coffee and cake in the Community Café in Llanmadoc Ride 11 visited the Bridge pottery in Cheriton then had lunch in the Greyhound

Isabel turns a pot for us.

Forecast rain didn't materialise and it was another lovely day. The three pictures below were taken on the Penclacwydd ride (No. 15). It was to the Penclacwydd Wildfowl Centre, and was one all the family could enjoy. There were 31 on it - a record? 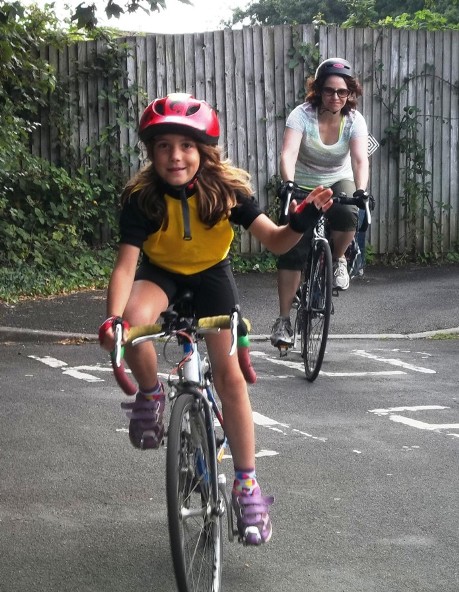 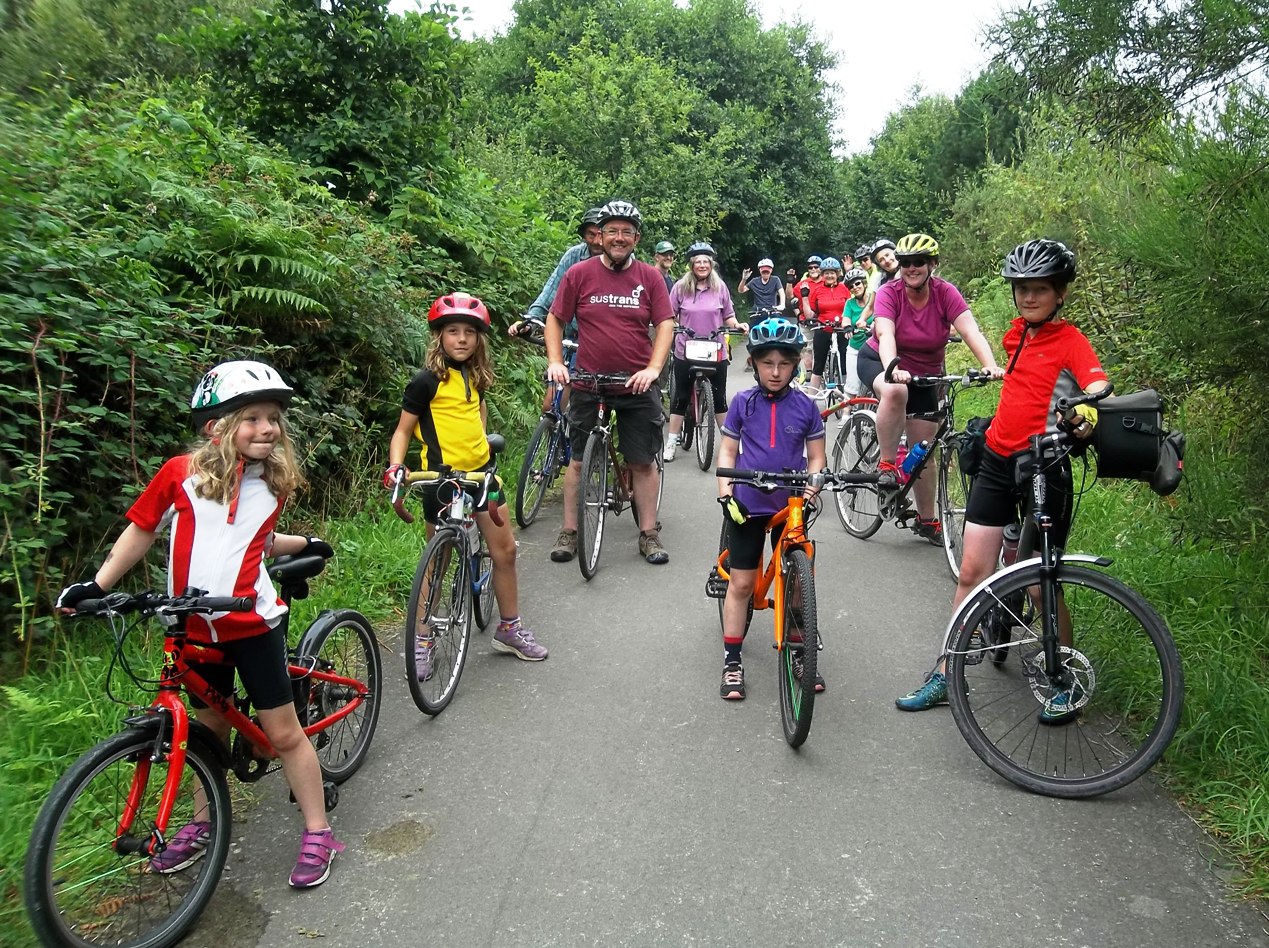 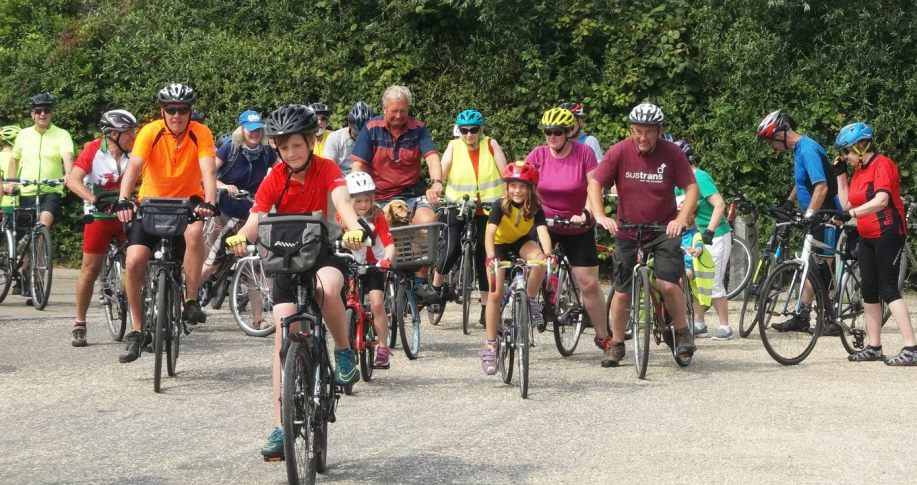 And the next three were on the Grand Gower Circuit (No. 16). Of the 19 on this ride most followed the leader across the sands of Broughton Bay and three joined him for a swim in the sea. 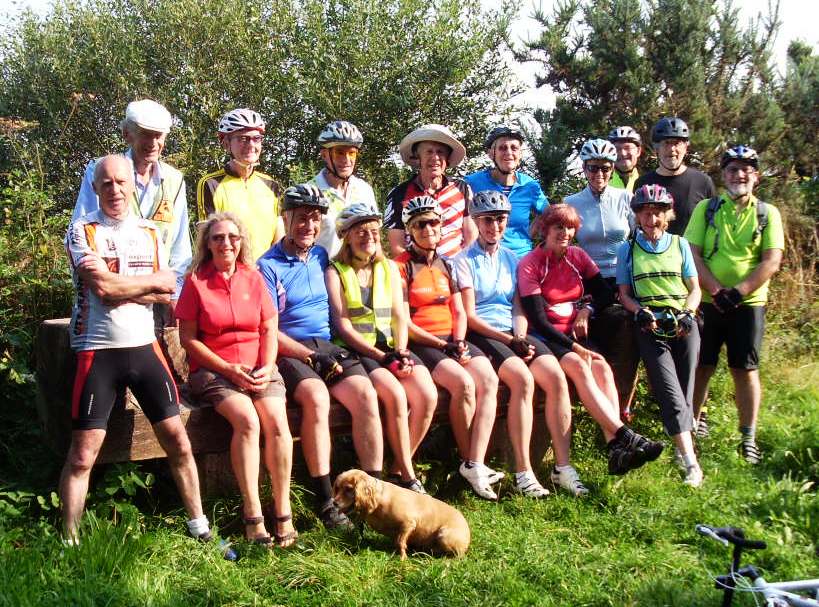 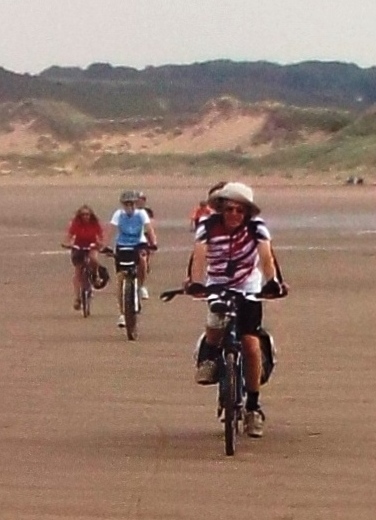 We sit on the Bob Burn memorial bench. Even a tandem managed! The sea beckons!

Heavy rain in the morning gave way to warm sunshine. The start of the Ride/walk (No. 17) was set back to 11.45 thereby avoiding most of the rain. Ride 18 to Kidwelly braved the rain on the way out, but the wind direction conveniently changed from SE to SW during the day so that it helped them both ways. The two pictures below features the Ride/walk, and below that the Kidwelly ride. 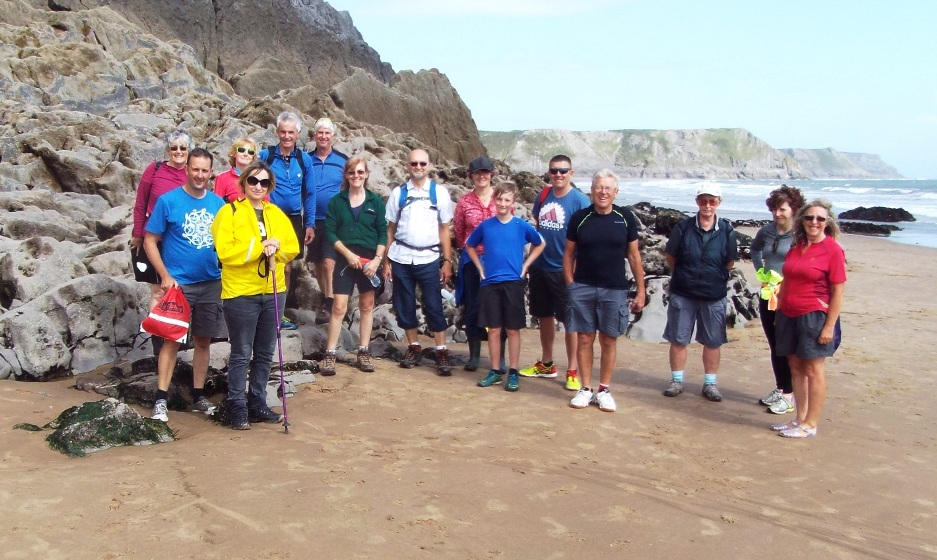 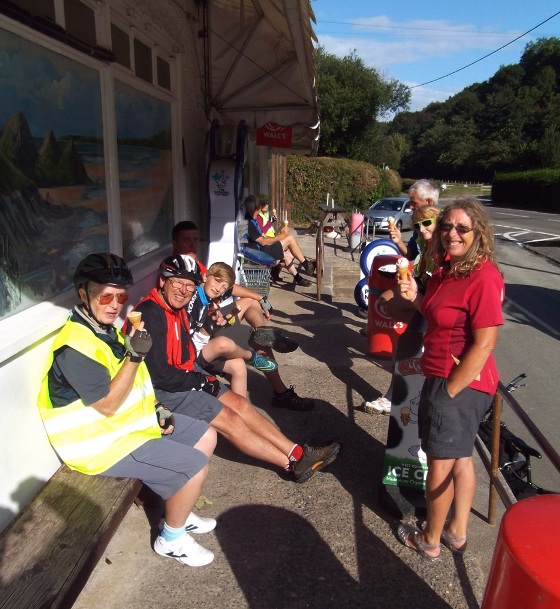 The walkers, having crossed Three Cliffs Bay, round Torr Head. They needed that ice cream! 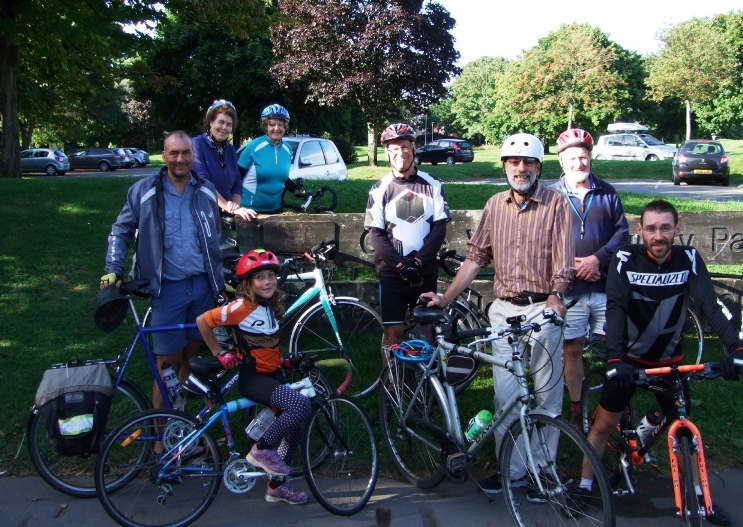 Ride 18 at Blackpill on way to Kidwelly

Heavy showers and gale force winds led to Rides 20 and 21 being replaced by a shorter North Gower circuit. The Rhondda Tunnel Ride (22) went ahead as planned. However only five took part and two of them took the train back from Port Talbot. The picture on the left below shows the N. Gower circuit riders on the Welshmoor Road and that on the right the Rhondda Tunnel riders near Blaengwynfi. 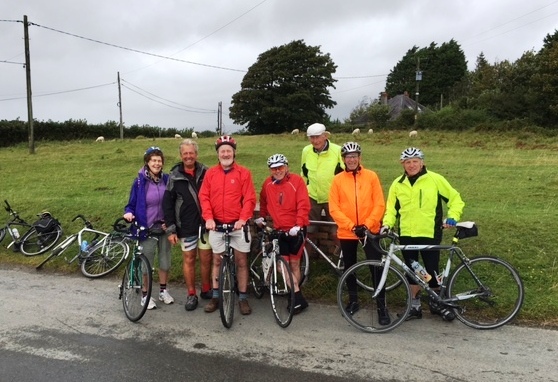 The tunnel portal was near here.