Some pictures
These pictures illustrate a few of the 21 rides. The ride numbers relate to the rides programme. This report provides stats and other information about the Festival.

It was a fine and mostly sunny day. The launch took place at Blackpill. 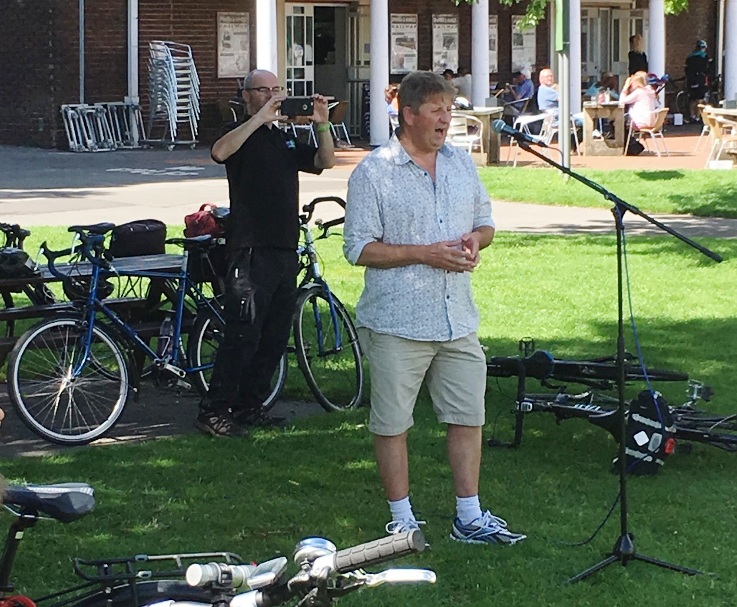 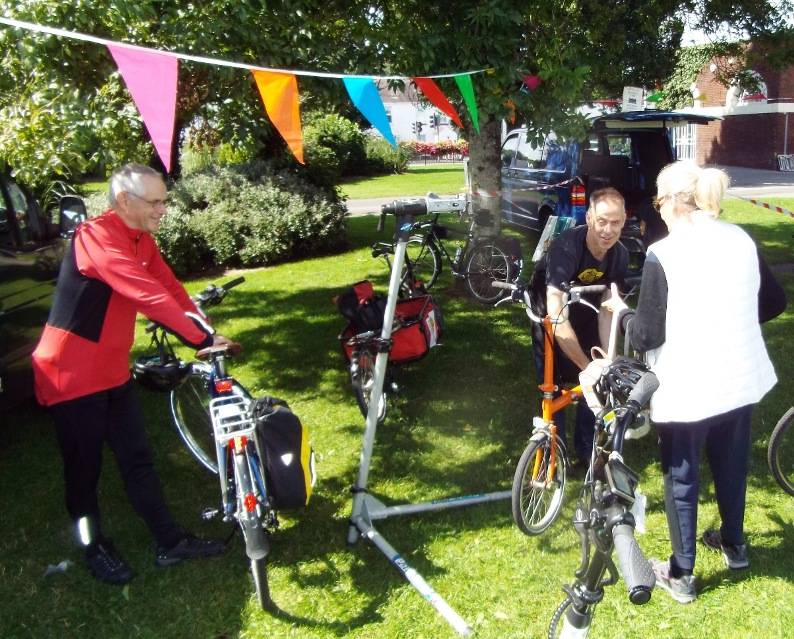 A ride leaves the Dunvant RFC. 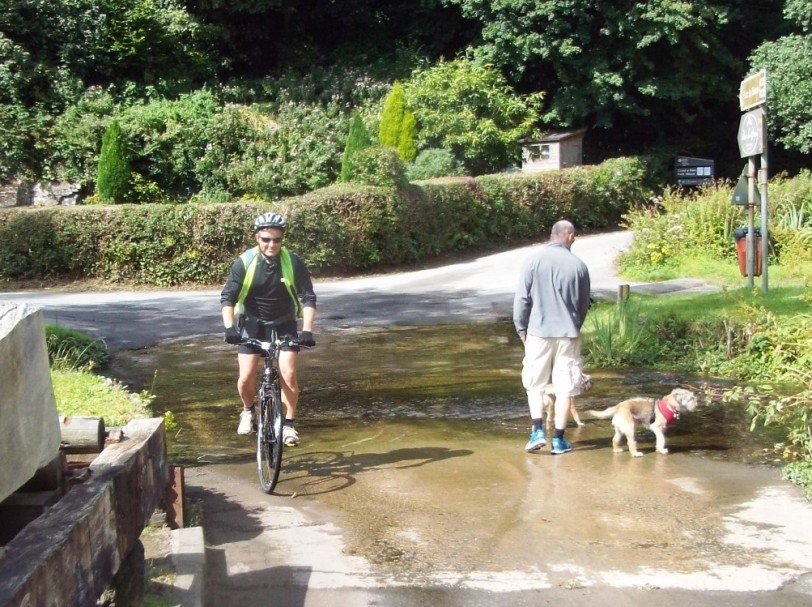 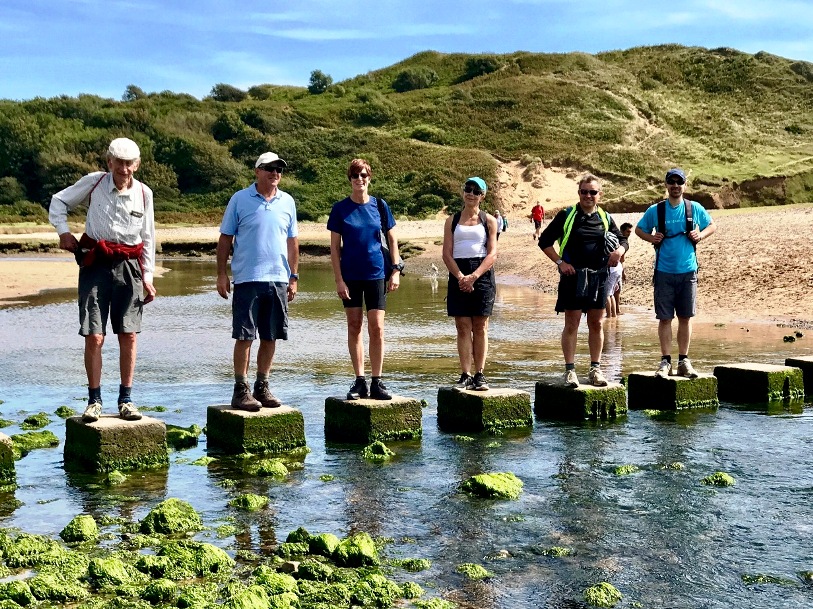 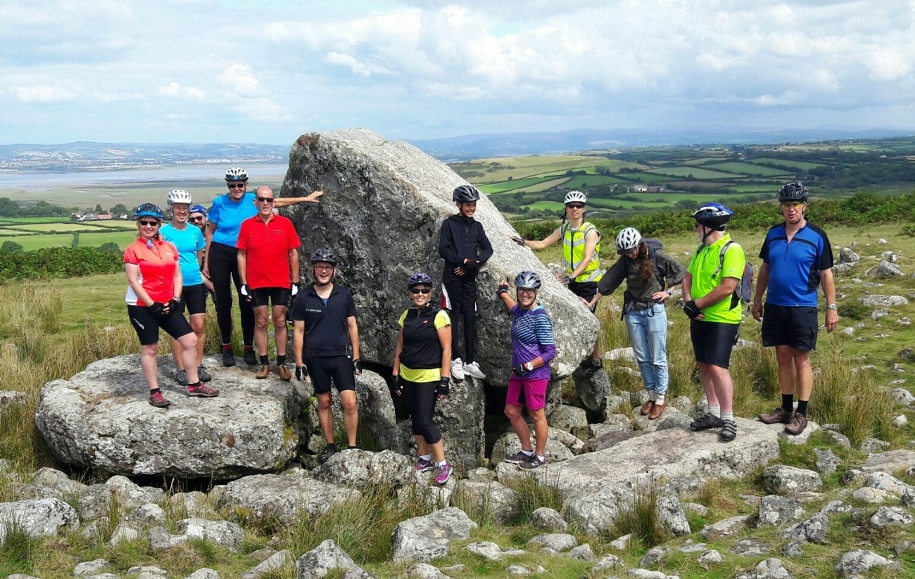 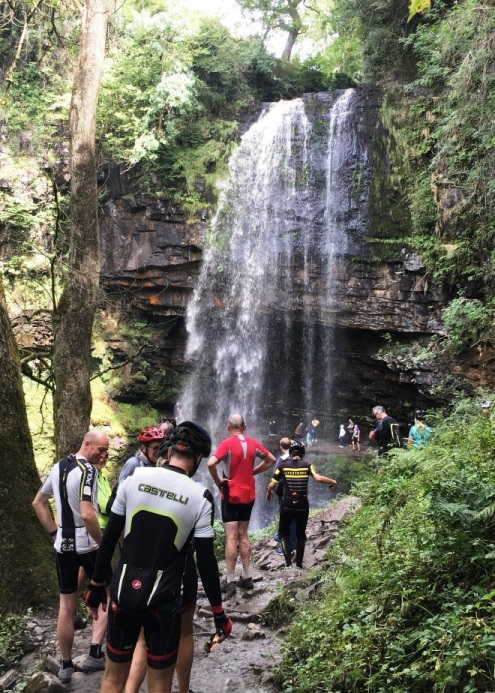 King Arthur´s Stone. You can even walk under Henrhyd Falls! 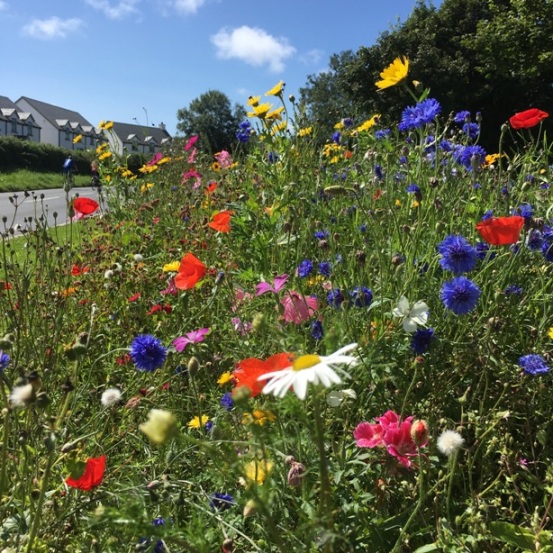 Overcast with some light rain. This didn´t stop the rides but the numbers were down. The following picture was taken on Ride 7 where we were given a fascinating insight into the making of salt-glazed ware at the Bridge Pottery, Cheriton. 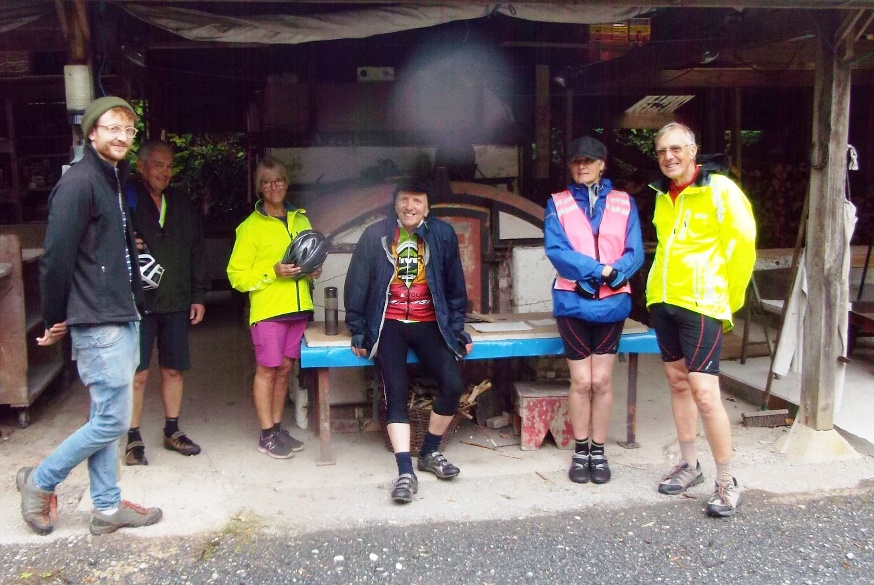 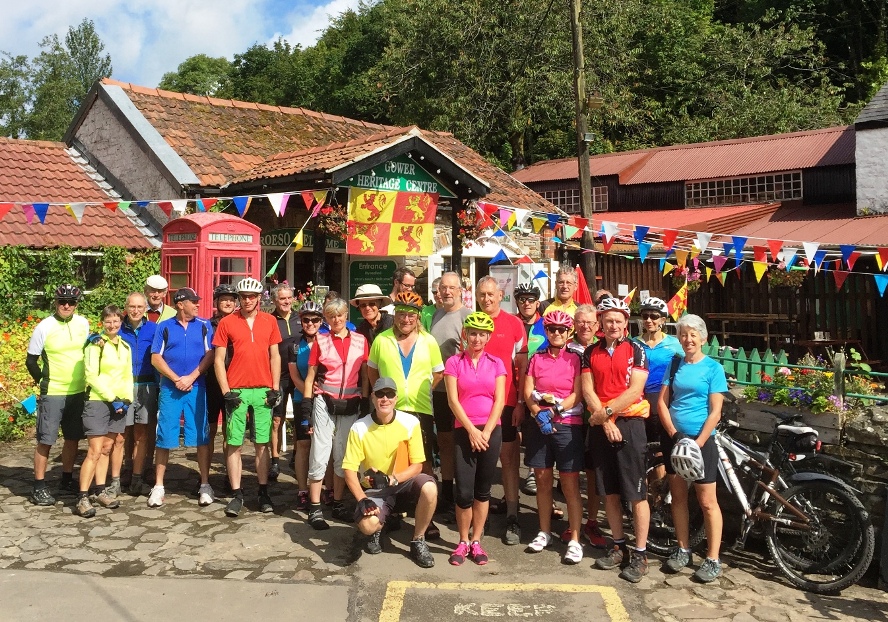 We stop for coffee at the Gower Heritage Centre.

Some got so carried away they cycled past the exit point!.

Fine with some sun. Two relatively gentle rides today with the party in the evening.

The picture below was on Ride 13 on their way up the Swansea Valley. 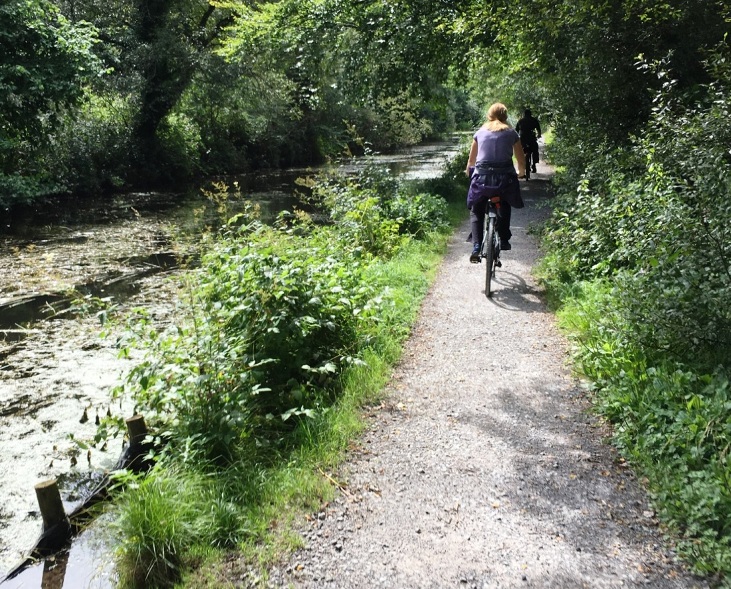 By the Swansea Canal on NCR 43 between Clydach and Pontardawe.

Fine but cloudy. The Bont and Wildfowl ride (15) divided into a family ride from Kingsbridge to Pontarddulais and a longer ride to the Penclacwydd Wildfowl Centre returning over the Bynea Bridge, pictured first. The second pic. was somewhere on the Castle Carreg Cennen ride (16). 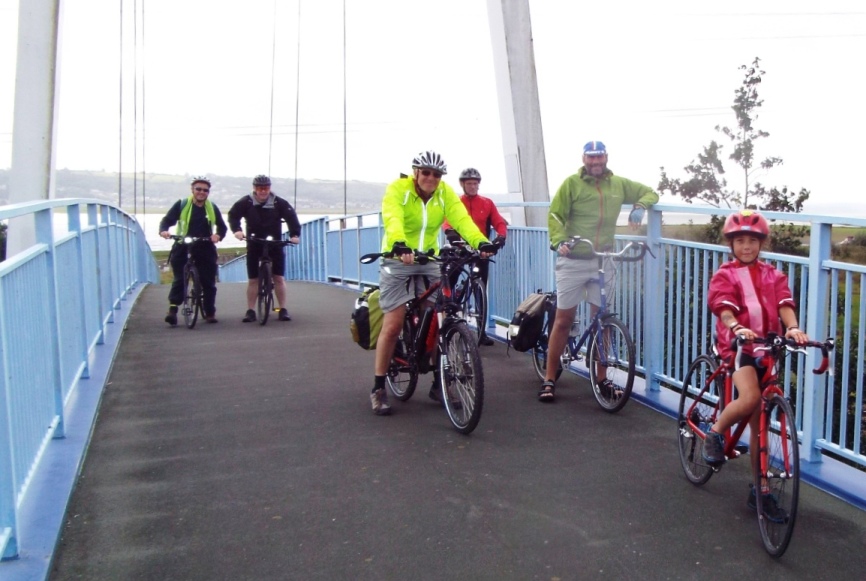 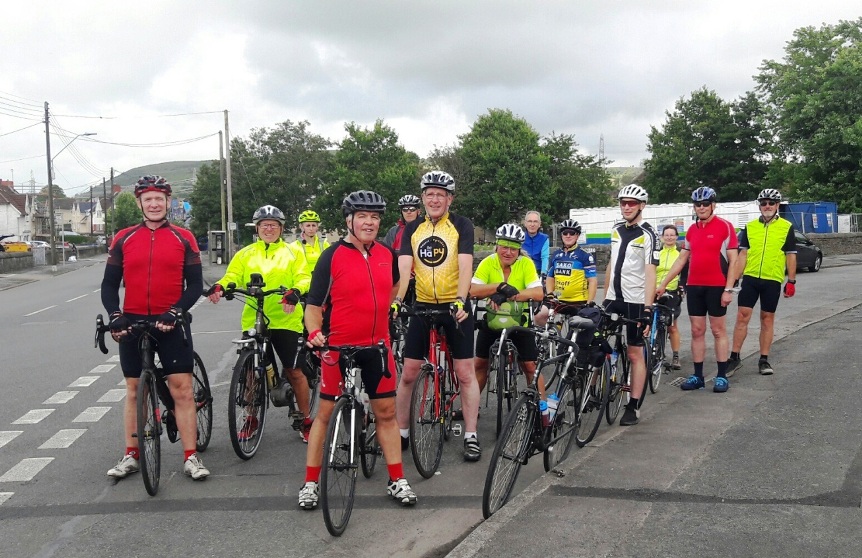 A strong west wind with heavy showers. The leader of the Campus to Campus (Ride 17) skillfully found shelter from the worst of them. The four children managed magnificently. The two pictures below were taken on this ride. 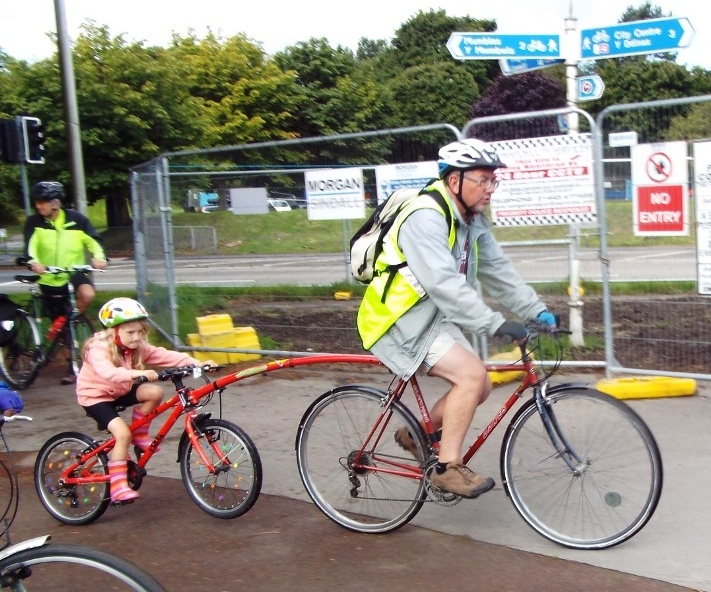 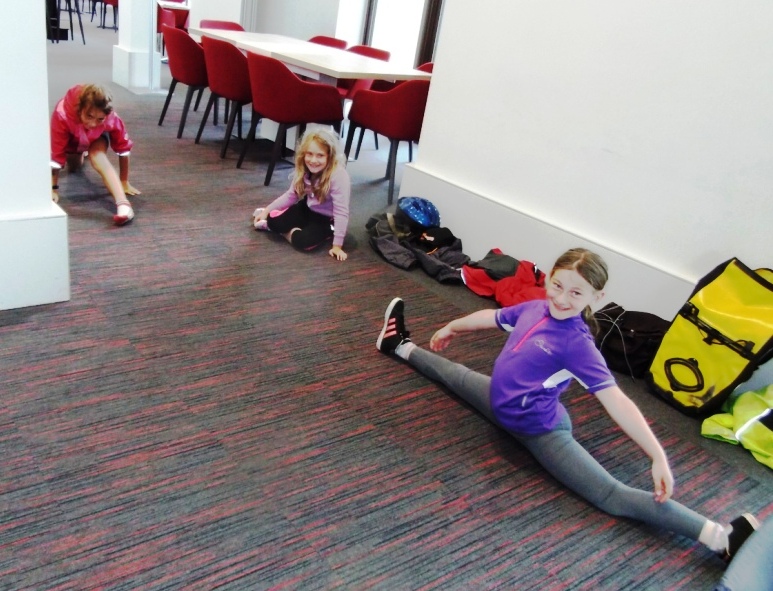 Fine for our last day, if lacking in sunshine. No rides were cancelled on this Festival. The pictures below feature two of today´s three. 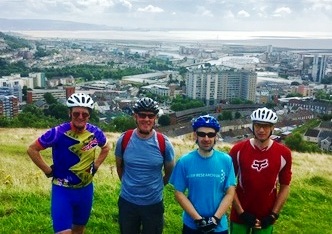