Some pictures
These pictures illustrate a few of the 20 rides. The ride numbers relate to the rides programme. This report provides stats and other information about the Festival.

It drizzled throughout, not the fine day forecast! Nonetheless the Festival proceeded as planned except that Ride 3 merged with ride 2 (A taste of Gower.) there being a lack of entusiasm to visit Swansea's high points when they were shrouded in mist. 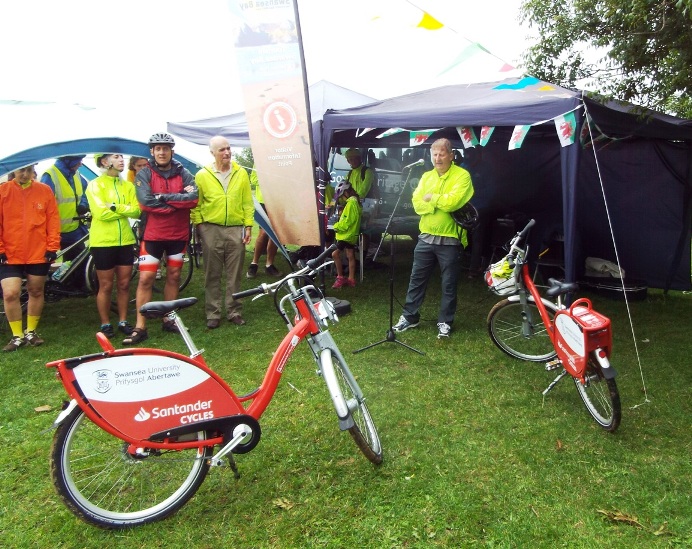 Cllr Mark Child welcomes us. On our way.

After initial dampness it dried out. These pictures were taken on Ride 5. 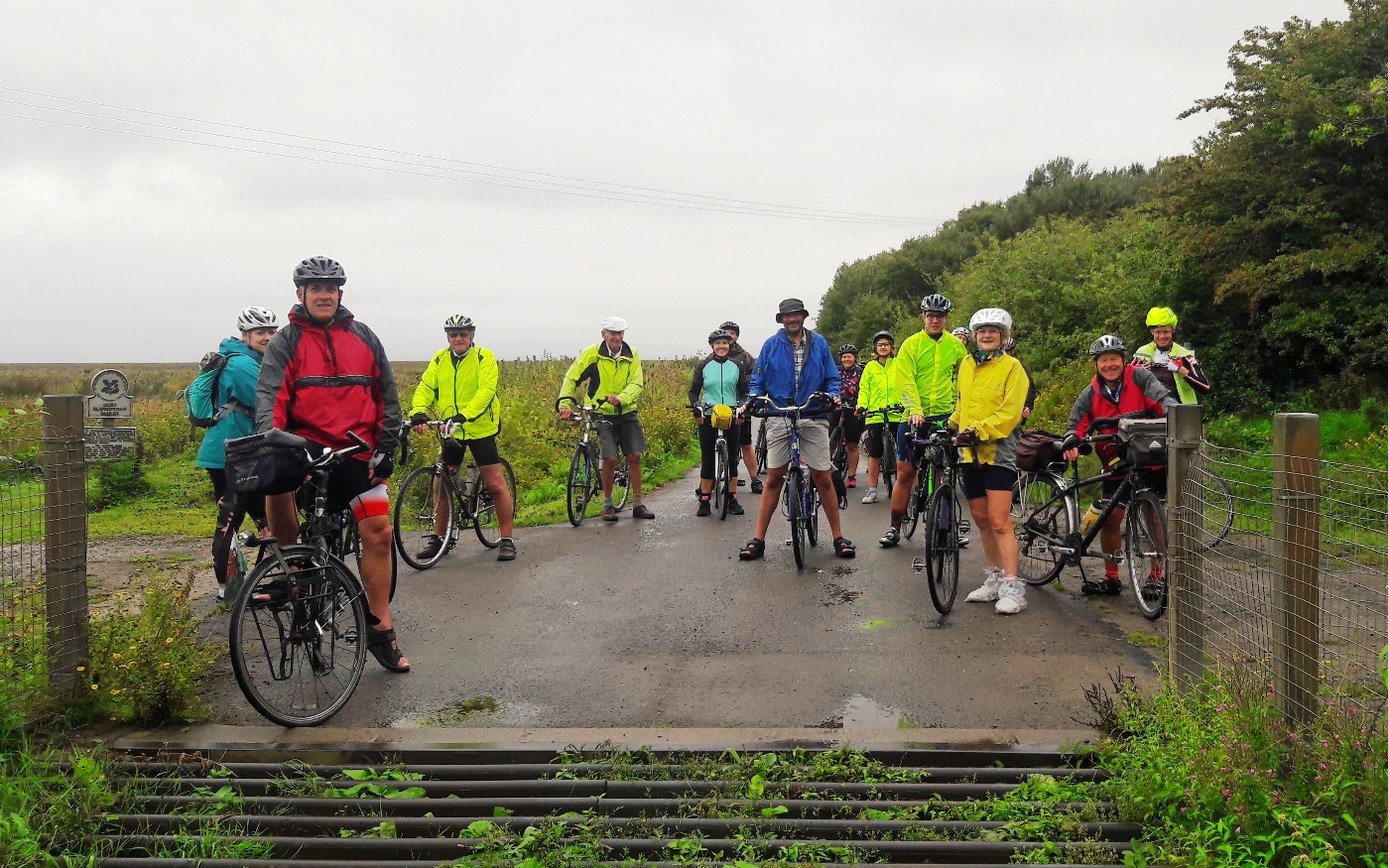 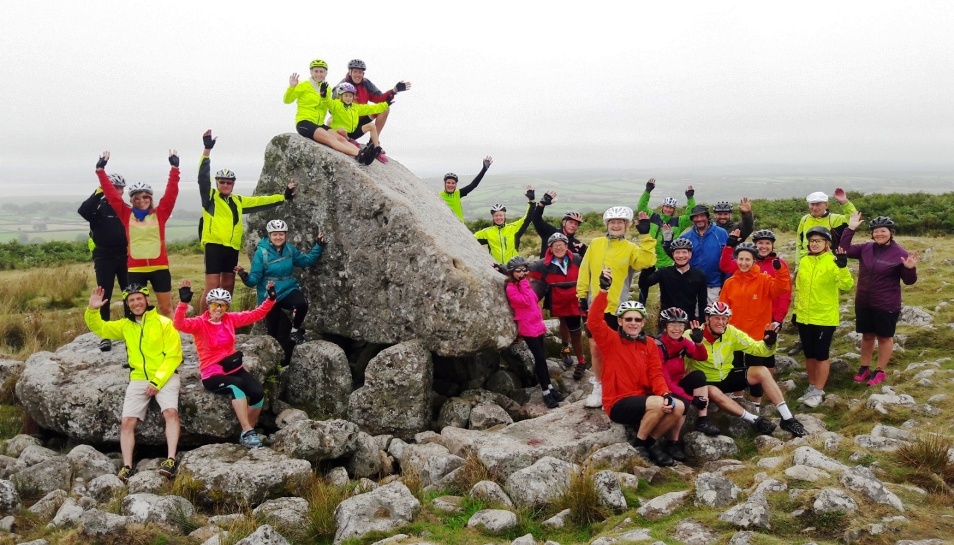 Like on Saturday it was meant to be fine, but wasn't; at least not in the middle of the day when some on Ride 8 got rather wet! 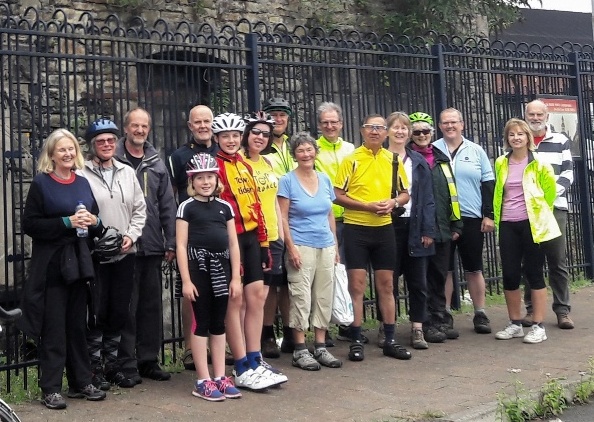 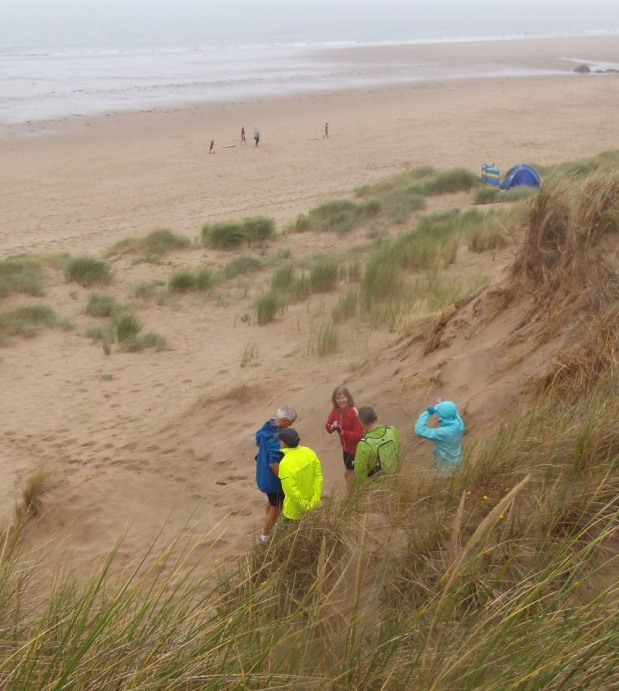 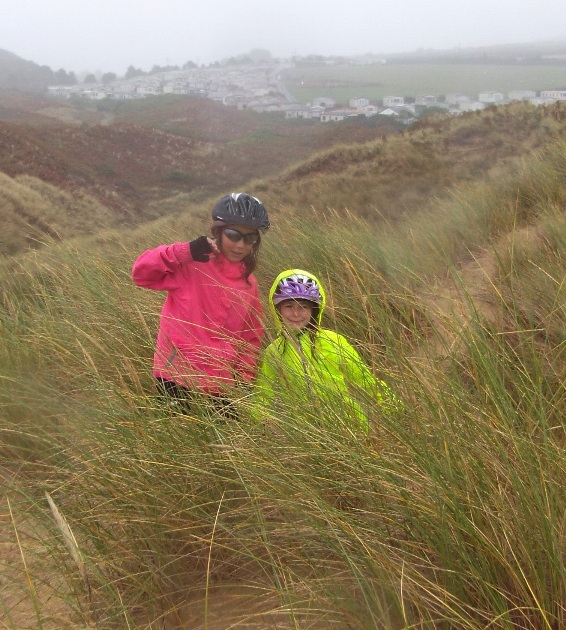 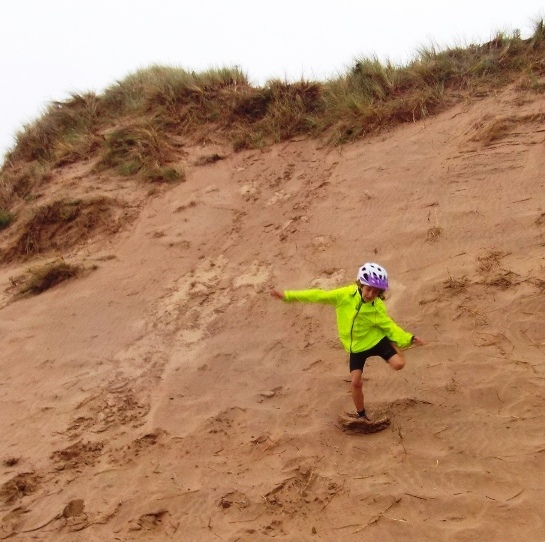 The girls have fun in the sand dunes on Ride 8 to Broughton Bay. 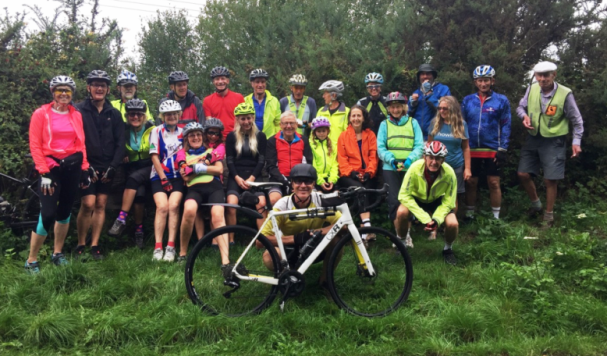 Ride 8 seated on Bob Burns Bench.
(Bob was one of Wheelrights founders. He died in 2007.)

Drizzle on and off in the morning, then even a little sunshine! The rides today were the shorter Swiss Valley ride (No. 10) and the Grand Gower circuit (Ride 11). The first picture below was taken on the former and the rest on the latter. Of the 26 who went on Gower circuit nearly all elected to do the beach option. 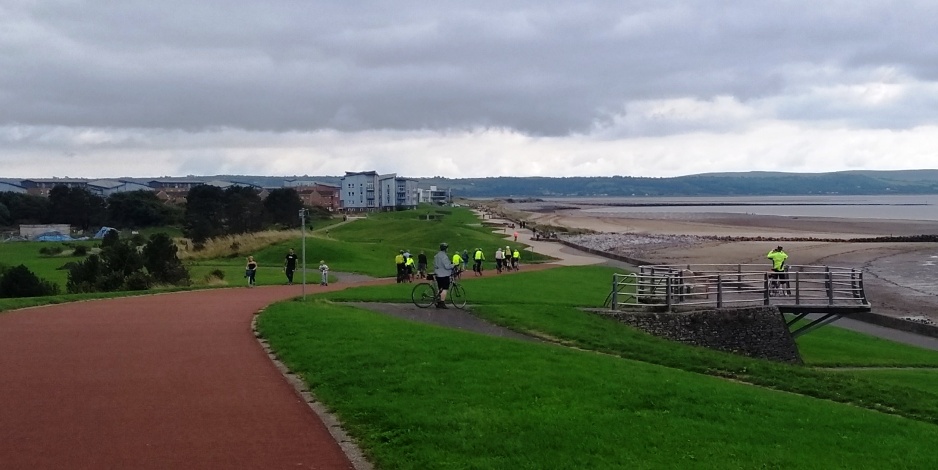 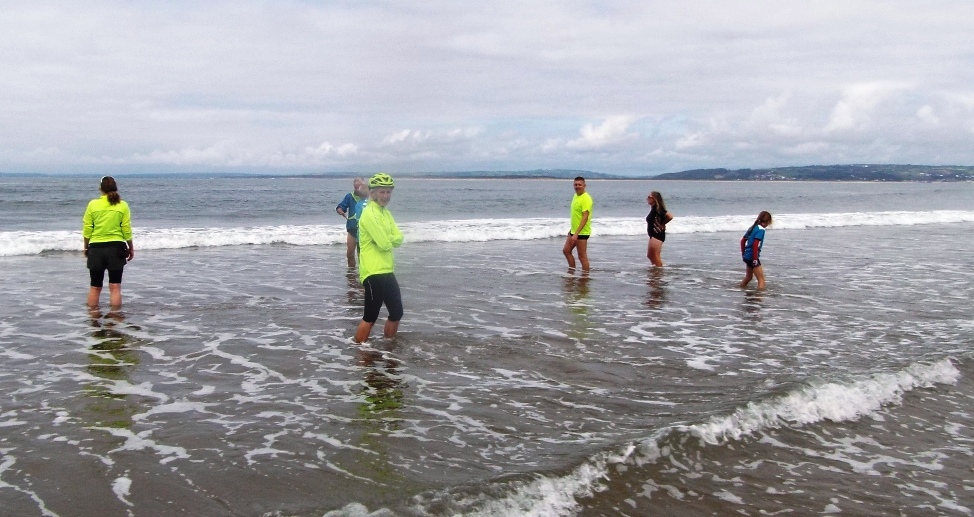 While a swim would have been nice we opted to paddle instead.

Some rain but enough dry weather in between showers to dry out. Three rides today: BikeAbility (#12), Port to Pottery (#13) and Brynamman (#14). The photos below were taken on the faster Brynamman sub-group ride. 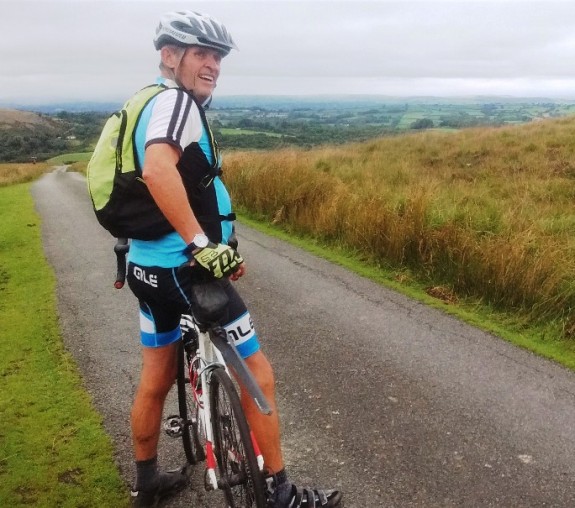 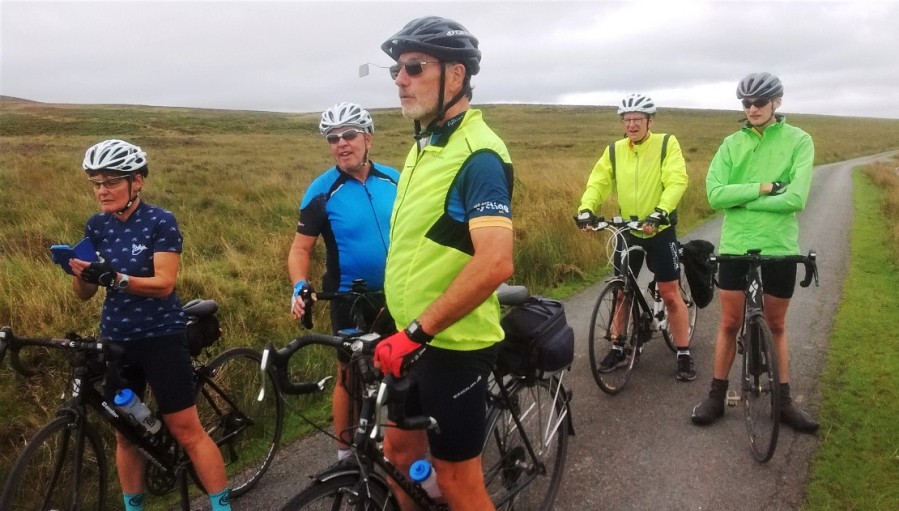 Ride 14 in the hills north of Brynamman.

Fine but cloudy. The Ystradgynlais and Glyncorrwg rides (15 & 16) took place as planned. The photo below was taken on the latter. 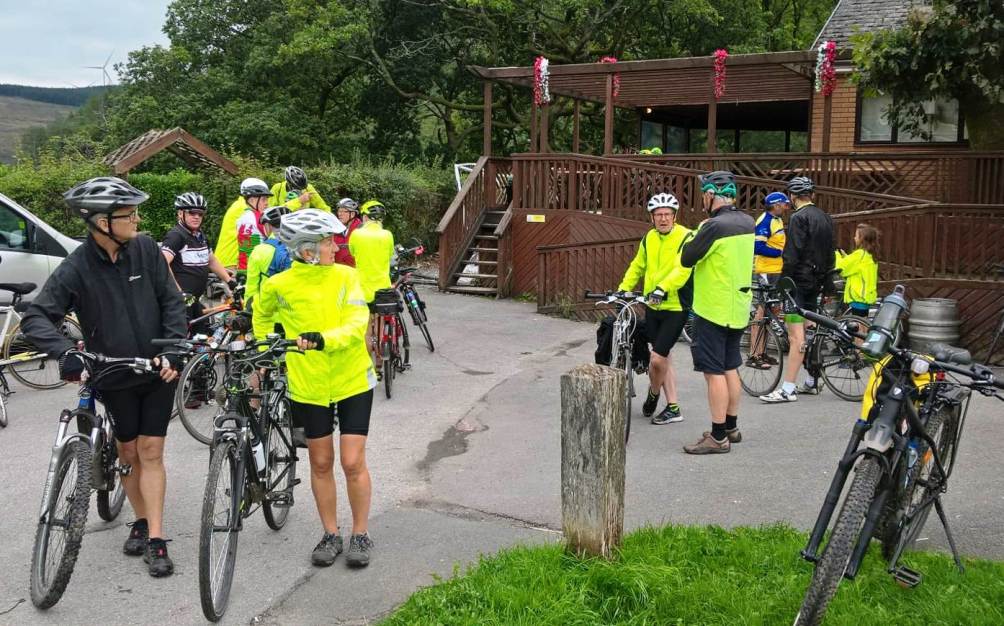 Morning mostly fine then heavy showers. A well attended Ride 17 battled head winds to Burry Port while the Ride/walk to Southgate (#18) almost managed to avoid the showers. 15 started this ride but for various reasons only 5 did the walk part. They had a great walk as th pic.s below illustrate. Music and food was enjoyed at the party in the evening. 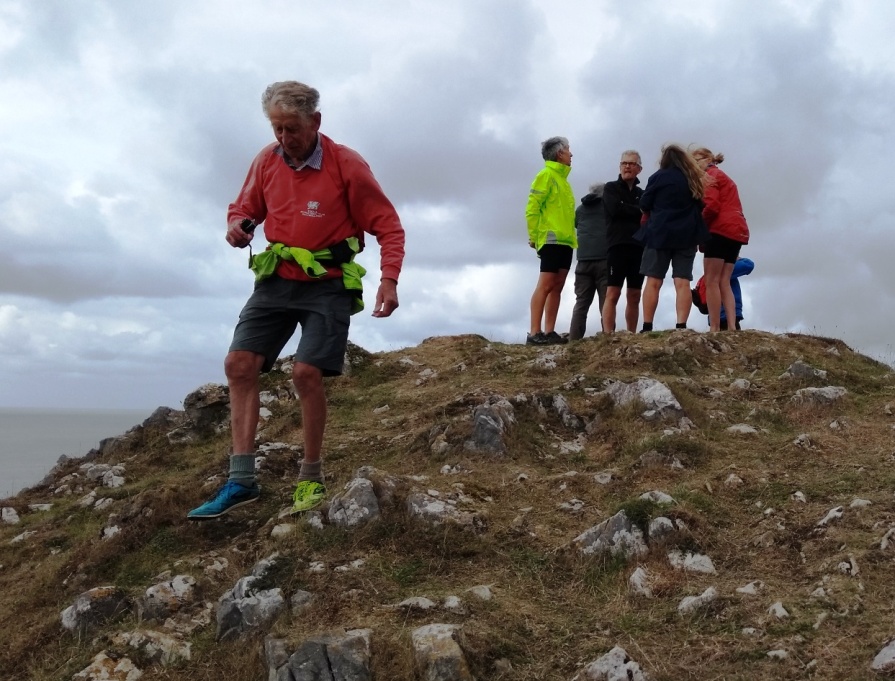 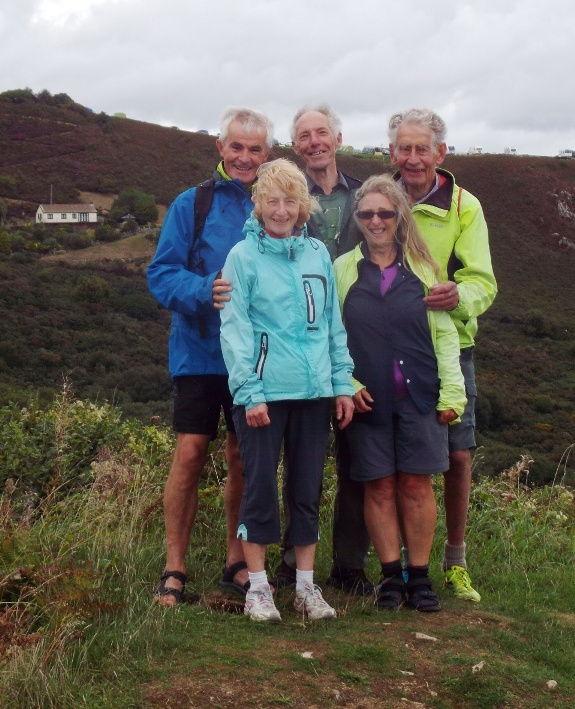 On the Eastcliff before lunch. On Tor Head. 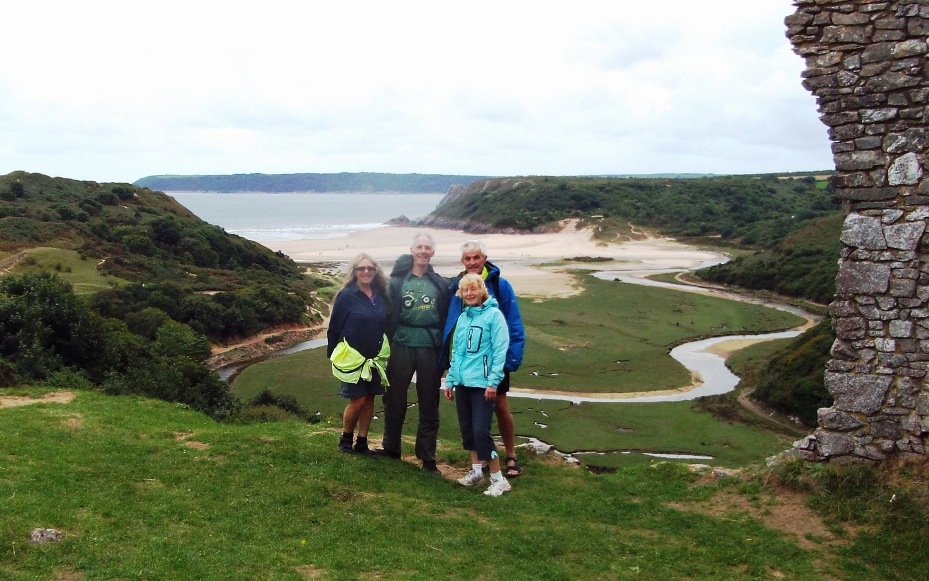 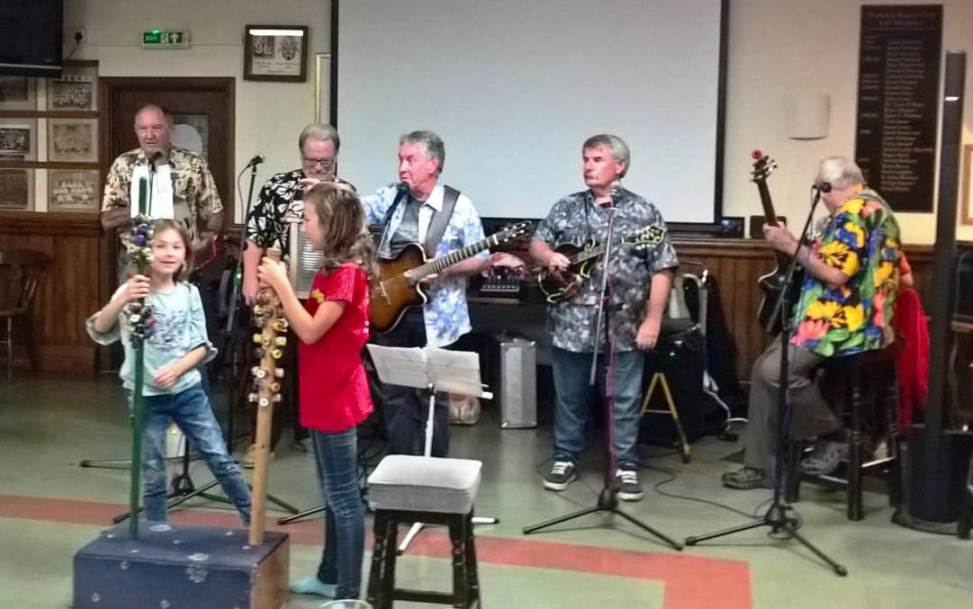 The girls beat time for the Mardi Jug band. 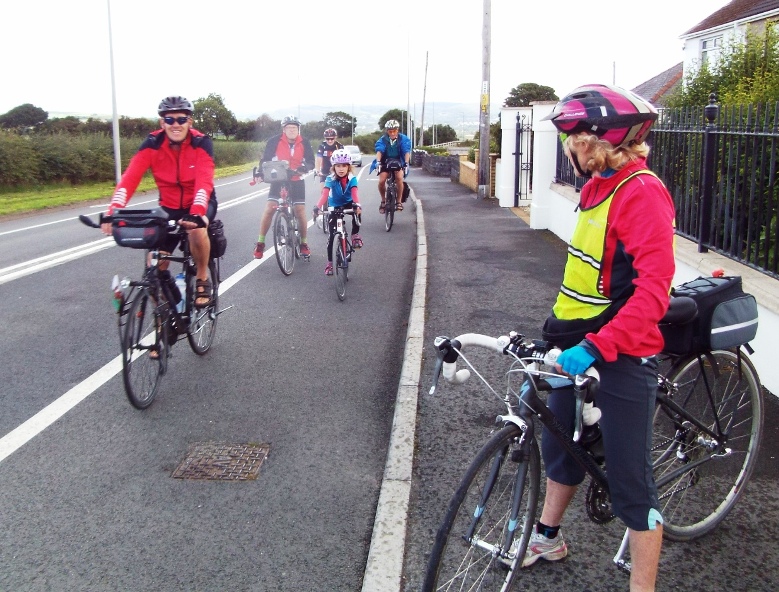 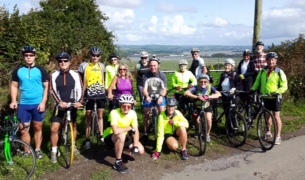